Jessica Biel puts in work at the gym and it shows! The 40-year-old mom of two was photographed June 26 enjoying some downtime on a yacht off the coast of Sardinia and her super fit legs were on display in a pair of short shorts. The Candy star paired her daisy dukes with a red bikini top and wore a long sleeved white crop top tied at the waste for some added protection from the blazing Mediterranean sun. 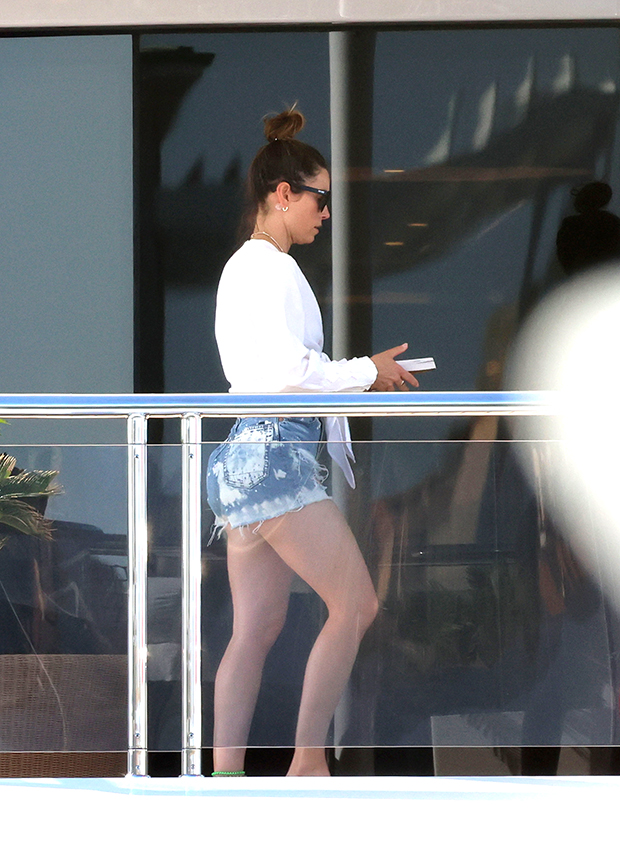 Jessica’s husband Justin Timberlake was also on-board for the luxury getaway, which comes just a few months ahead of the 10-year wedding anniversary. The couple married in Puglia, Italy in October 2012 and the Seventh Heaven alum recently opened up to Access Hollywood about the upcoming milestone.  “I sometimes feel like ten years have just flown by in the blink of an eye,” she said. “And other times I feel like, ‘Oh my gosh, ten years, that’s a really substantial amount of someone’s life.’”

The longtime couple, who share sons sons Silas, 7, and 2-year-old Phineas are clearly committed to their relationship, but that doesn’t mean their marriage has always been smooth sailing. In 2019 Justin, 41, suffered a “strong lapse in judgment” and got handsy with Alisha Wainwright, his costar on the Apple TV+ movie, Palmer. Fortunately they’ve recovered and Jessica revealed that she takes a lot of pride in their long-lasting union.  “I just feel really proud of it,” the Sinner star shared with the entertainment news outlet. “We’ve had our ups and downs like everybody, and I’m just really proud of it, and I’m still the happiest and loving my life.” 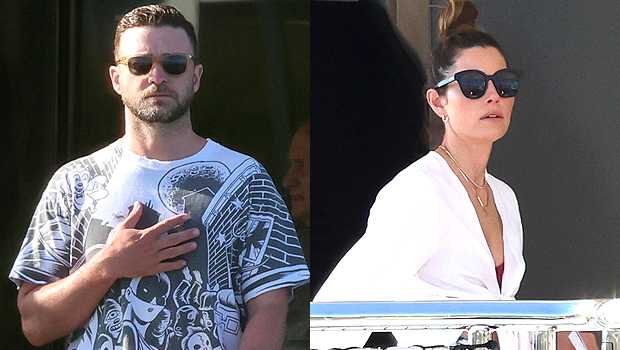 It’s clear from the pics of Jessica in her daisy dukes that she’s just as committed to her fitness regime as she is to her marriage. The actress, who grew up playing club soccer, isn’t one to shy away from a hard workout. Her trainer Ben Bruno recently posted a TikTok video of her doing pistol squats on top of a box and credited her for being “tough”.

The celebrity trainer, who’s clients include Chelsea Handler and Dixie D’Amelio, previously shared on Instagram that he works Jessica out so hard, it’s “a wonder, she hasn’t fired me yet.” Clearly, the effort she puts into her leg routine has paid off.