Backpack rap has taken a few L’s, lately. The loosely-defined subgenre from the early 2000s – associated with Rawkus records, alternative soundscapes, and socially-conscious lyrics – was first seen as a counter to the opulence of mainstream hip-hop. Yet, with Kanye West, once considered the most prominent artist in the subgenre, saying he “posed” as a backpacker, it’s easy to see how some might run from the term. Not Backpack Ben. “I honestly haven’t met anyone who has brought that up, but backpack rap has definitely had an impact on my music,” the music producer tells HollywoodLife EXCLUSIVELY when discussing his new ep, Dropped Out.

While some might use the term as an insult – “corny, nerdy, no hood credibility,” Hieroglyphics’ Opio told SFGate in 2008 – Ben tells HollywoodLife that the phrase holds a different meaning to him. “’Backpack rap’ goes back to the days where people would put the records of lesser-known artists in their backpacks to spread the word of their talent. Backpack rap helped show me the power of music, from real-life experiences to political movements, to cultural and linguistic preservation music.”

Those experiences are woven through Dropped Out, his new project featuring Bry Greatah, Lil Chris, Big Trip, GRAUX, Zach Siegz, and more.  “Music that is doing too much or very materialistic to me is boring and cookie-cutter,” says Be. “I’m more drawn to simplicity, storytelling, and talking about real experiences. Real music has always been surrounding those topics, and that’s all I’m interested in making.”

While speaking EXCLUSIVELY with HollywoodLife, Ben shared how his time at Oberlin influenced the project, how COVID helped shape Dropped Out, and if he would take the $500k or have dinner with Jay-Z.

HollywoodLife: Your new EP, Dropped Out, has been let loose into the world. How has the initial reaction been to this project? How do you feel now that it’s out?

Related: ‘Indiana Jones 5’: The First Trailer, Official Title & Everything Else You Need To Know

Backpack Ben: The initial reaction to the project has been incredible. The most rewarding part has been that almost everyone has a different favorite song. When I set out to complete this project, I wanted to put together a versatile roster of artists. I love that my first project showcases a lot of areas of production but also leaves out several that I focus on too. I feel so blessed to have this project out and in the world. The time, preparation, coordination, and execution of the project has been in the works for nearly a year, and I couldn’t be more thankful to those who helped me put it all together.

What would you say has been the biggest challenge with Dropped Out?

Timing has been the biggest challenge for this project. Originally, Dropped Out was set to release towards the end of 2021, but I felt it would be a great way to start the year with this project specifically. It represents growth and a start to a long and hopefully very prosperous career. So finding the right time to create momentum to then be able to build on was clearly a big focal point for me.

The title of the project comes from your decision to leave Oberlin College and pursue music. Do you think your time in Ohio influenced your perspective on an artist? Like, is there an “Oberlin” in this new EP?

I think my time in Oberlin taught me so much about myself. It taught me that this was the career I wanted to pursue and that I need to follow the path that feels right to me. Oberlin musically taught me not to put myself in a box and create for the love of creating not just to make what people want or expect you to create. Something I’ve learned from my time in college is that experiences positive or negative can teach you lessons and teach you so much about yourself. It’s all about your mindset. 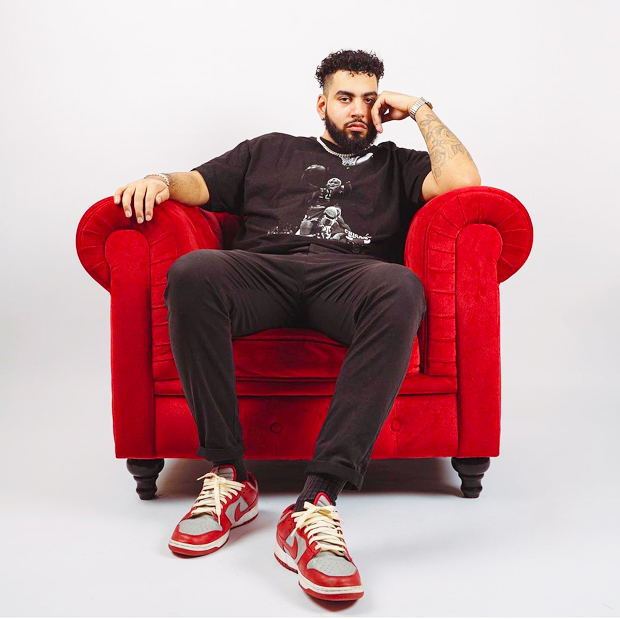 What would you say has been the pandemic’s biggest influence on your music – or on your life? Like, are there any pre-COVID projects that you were working on that seem like they came from a different world?

I think the main influence Covid has had on my music, was making music that made me feel good so that others could feel the same way. It definitely changed my outlook on music. For example, everything needs to come naturally and can’t be trying too hard. Music that is doing too much or very materialistic to me is boring and cookie cutter. I’m more drawn to simplicity, storytelling, and talking about real experiences. Real music has always been surrounding those topics, and that’s all I’m interested in making.

There was that viral “Dinner with Jay-Z or $500k” challenge a few months back. First off, which would you choose? And second, if you could have dinner with any producer out there today, who would you pick?

There is no question that I would take the $500k. In music, specifically building a brand is the most important thing. With that investment in your career, anything is possible. Being smart with your investment could lead you to having a dinner with a long list of influential people that could offer you advice and support with your career. For me, it’s important that my vision is true to who I am. Shout out to Jay-Z and Beyoncé — though [I] would be honored to sit at a table with them and discuss my plans in the industry.

If the Knicks hit you up for some walkout music or an official theme to their season (this or next), what song of yours would you want them to use?

I think I would choose “Bag” with Chris Patrick. That song is so motivational in a positive way I know for a fact if I was still playing basketball in college, it’s something I would want to hear to hype myself up.

With many artists flowing between genres and you citing Jimi Hendrix as one of your first major influences, would you ever consider doing a rock project? Or do you see your music as essentially rock music since you incorporate different styles into your sound?

I think at this point, nothing is off the table as far as genres of music. When I think of Jimi, I think of an ethnically diverse individual who was in a primarily white-washed genre, and he killed it. That juxtaposition is what I’m looking to do. Just because I’m black and Hispanic doesn’t mean I’m only going to make the music people would expect from me. I’m going to push the limits of what genres represent and break down the barriers of music that have existed for so long. 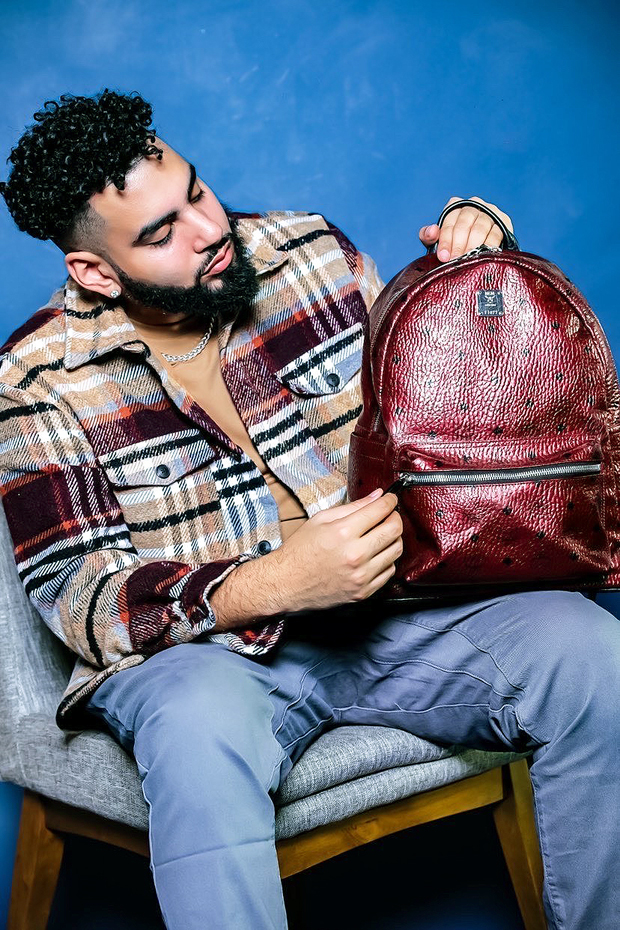 How many people have brought up that your name has reminded them of “backpack rap”? Did the artists of that sub-genre – Talib Kweli, Mos Def, Jurassic 5, Hieroglyphics, Skillz, etc.  – have any influence on your music? Or is this just a coincidence?

I honestly haven’t met anyone who has brought that up, but backpack rap has definitely had an impact on my music. Backpack rap goes back to the days where people would put the records of lesser-known artists in their backpacks to spread the word of their talent. Backpack rap helped show me the power of music, from real-life experiences to political movements, to cultural and linguistic preservation music. The great MCs that embodied the genre understood that and enlightened millions with their words and theories. Much like how my backpack doesn’t represent the materialistic thing itself but the movement the music brings to the world. Shinning a light on talent and showing what really matters in the world through my music is the goal.

This year I’m looking to build on a lot of the work I’ve done in 2021. This year will be filled with music, I will be releasing a bunch of music under myself with Backpack Productions, and well as production on a number of artists’ songs and projects. I’m looking forward to pushing Latin music this year, as well as R&B, Rap, Pop. I want this year’s catalog to really embody “versatile” in every sense of the word.