Jennifer Lopez and Ben Affleck are newly engaged and ready to to settle down in their own personal home! Following the announcement of their engagement last Friday, the pair were spotted out and about in Beverly Hills looking at some gorgeous, sprawling estates in posh Beverly Hills, in photos you can see here. Some of the mansions they checked out included an idyllic enclave priced at $65 million for 30,000 square feet as well as a scenic spot nearby for $75 million, with 27,816 square feet, gorgeous views of the hills, a large backyard and pool area.

The house-hunting trip comes after the duo’s deal on a $55 million Bel-Air property fell out of escrow. It’s unclear what lead to the collapse of of the deal, but it seems that Bennifer now has their eyes on greener (and cream-colored) pastures!

The future married couple are definitely already gearing up for their happily-ever-after as they’ve also started sorting out the details of a larger-than-life wedding. “Ben and Jen want to have an elaborate and grand wedding and no expenses will be spared,” an insider EXCLUSIVELY revealed to HollywoodLife. “Even if they were to make it private, between their families and their children, it would be a huge wedding whether they wanted to or not.”

The source went on to share that while the couple hasn’t yet picked out a date, they’re both sure of the kind of ceremony they’re looking for. “They talked about it extensively then and nothing has really changed [since they were engaged the first time] except that they both now have to add more people to their guest list now because they did not have children then,” the source continued. 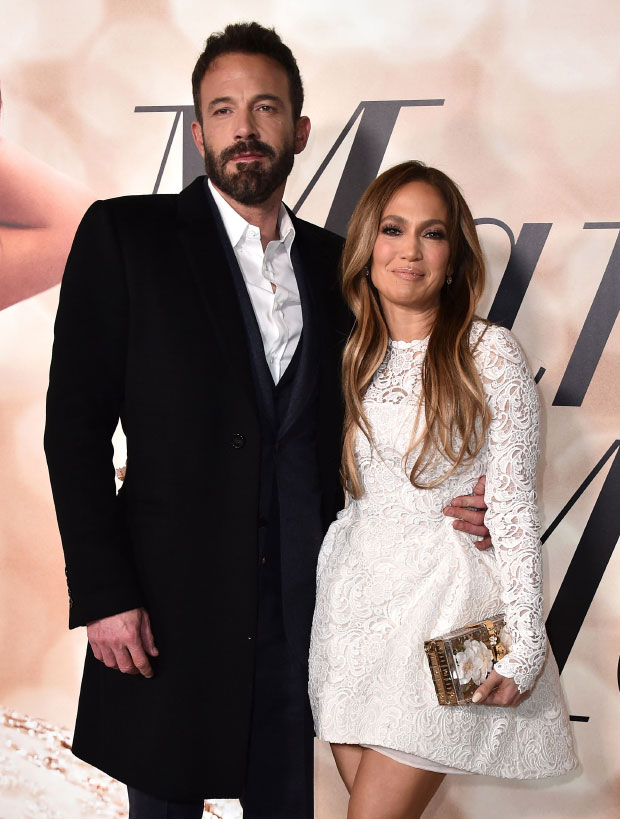 What’s more, J.Lo, who shared a short clip of her gazing upon her “perfect” 8.5 carat diamond ring on April 8 in her “On The JLo” newsletter, shared more details on April 12 about the proposal. “Did you ever imagine your biggest dream could come true?” she wrote. “Saturday night, while at my favorite place on earth (in the bubble bath), my beautiful love got on one knee and proposed.”

“I was taken totally off guard and just looked in his eyes, smiling and crying at the same time, trying hard to get my head around the fact that after 20 years, this was happening all over again,” she continued. “I was quite literally speechless, and he said, ‘is that a yes?’ I said YES, of course, that’s a YES. I was smiling so big, and tears were coming down my face, feeling so incredibly happy and whole. It was nothing fancy at all, but it was the most romantic thing I could’ve ever imagined.”