The old stereotype is that country music is nothing but sad songs about losing your love, truck, and dog. However, Billy Ray Cyrus won’t be singing a happy tune for a while now that Tish Cyrus has filed for divorce. Tish, 54, reportedly split from Billy Ray, 60, last week, ending their near thirty-year marriage. The mother of Miley Cyrus filed in Tennessee, and she reportedly claims that Billy Ray and her haven’t lived together for more than two years. She lists “irreconcilable differences” as the reason for the split, and is asking the court to equally distribute all their marital assets. 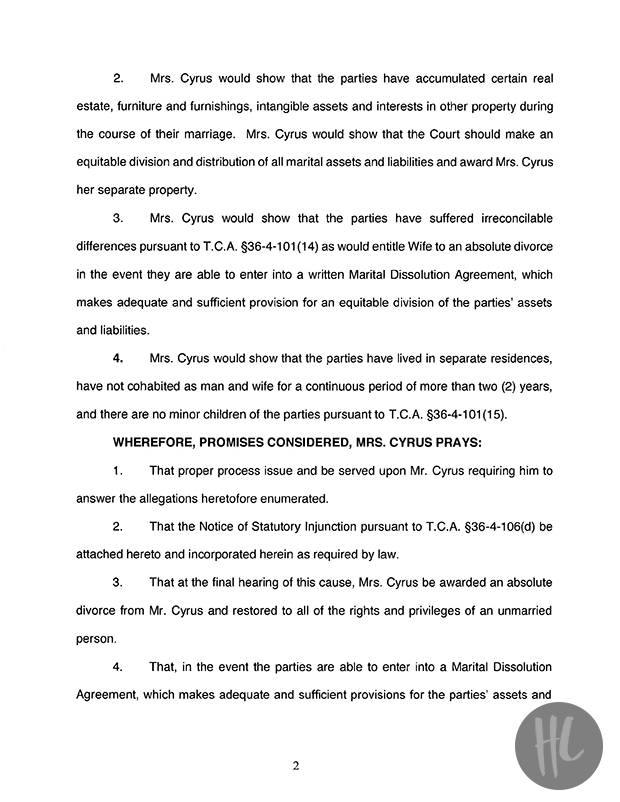 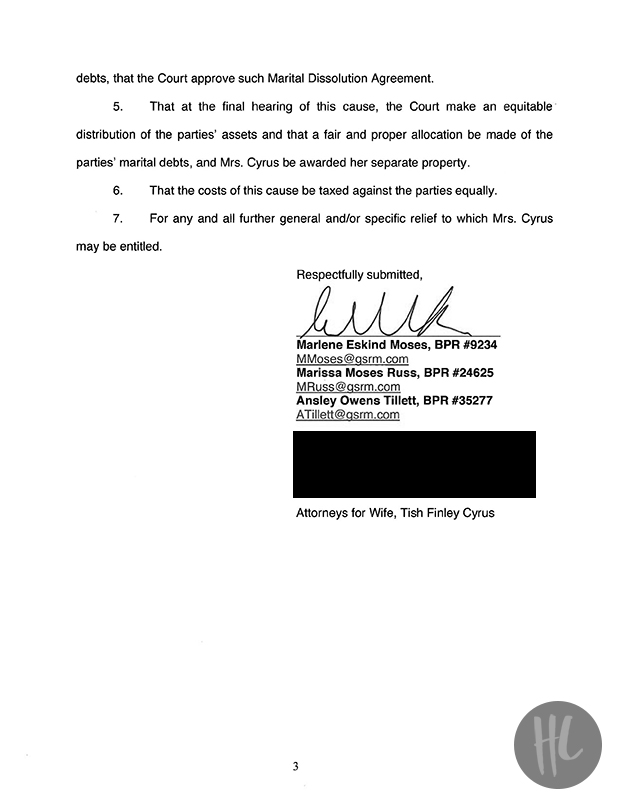 In a joint statement to PEOPLE, the couple said, “It is after 30 years, five amazing children and a lifetime of memories, we have decided to go our separate ways — not with sadness, but with love in our hearts. We have grown up together, raised a family we can be so proud of, and it is now time to create our own paths. We will always be family and look forward to a continued and loving shared experience as friends and parents. We have not come to this decision lightly or quickly but with so much going on in the world, we wanted to provide some clarity and closure, so we can remain focused on what is important. With Love and Hope… Tish and Billy Ray Cyrus.”

This marks the third time that Billy Ray and Tish have broken up: he first filed for divorce in 2010, but he called off the split soon afterward. In 2013, it was Tish’s turn to call up the lawyers. However, after she filed, she and Billy quickly reconciled. If this divorce sticks, at least the two won’t have to go through a messy custody battle. Though Billy Ray and Tish share five children together, the youngest – Noah Cyrus – is 22 years old. Meaning, all of Tish and Billy Ray’s kids are legal adults, sparing the ex-couple the hassle of working out child support and custody schedules.

Billy Ray and Tish tied the knot in his Franklin, Tennessee, home in 1993. Miley recreated that scene when she and Liam Hemsworth married in secret in 2018. However, the good times didn’t last. The couple split, with Liam, 32, citing “irreconcilable differences” in the papers. The two finalized their divorce at the start of 2020.

“I just went through a very public divorce which f-cking sucked,” Miley said in a Sept. 2020 interview. “What really sucked about it wasn’t the fact that me and someone that I loved realized that we don’t love each other the way that we used to anymore. That’s okay, I can accept that. “I can’t accept the villainizing and just all those stories.”

Recently, Miley shaded her time as a married woman. After welcoming a couple onstage during her 2022 Lollapalooza Brazil, Miley wished the couple well in their new lives together. “Honey, I hope your marriage goes better than mine,” she said. “Mine was a f-cking disaster.”