It’s not unusual for a Stephen A. Smith freakout to go viral, but what the First Take commenter said following the 2022 NBA Slam Dunk Contest was exceptional, even for him. “That was the worst Slam Dunk Contest in the history of basketball,” said Stephen, in the now-infamous clip that made the rounds and was shared throughout the Twitterverse. “It was a national atrocity. It was awful,” he said with vitriol and disgust. “Somebody needs to say it, so I’m going to say it.” While Stephen had a few detractors, many agreed with Stephen’s take – including DJ Jazzy Jeff. “He was absolutely on point,” the hip-hop icon tells HollywoodLife EXCLUSIVELY.

Jazzy Jeff, who partnered with Michelob ULTRA and NBA Jam for the “Enjoy IT Like It’s 1993” campaign ahead of the 2022 weekend, told HollywoodLife that the exhibition, with its missed dunks and underwhelming slams, failed to live up to the contest’s history. “This was not [Michael] Jordan, Dominique [Wilkins] or Vince Carter,” says Jazzy Jeff. “But, at the end of the day, it’s about the fans. So if the fans in Cleveland and the guys in the contest enjoyed it, I guess that’s all that matters.”

Dominque, oddly enough, was one of the NBA Jam legends who were on hand at Cleveland’s Rocket Mortgage FieldHouse during the 2022 All-Star Weekend. Michelob ULTRA encouraged fans to “Enjoy It Like It’s 1993” – the same year that NBA Jam became a worldwide phenomenon – during the weekend with special events, including a Meet & Greet with Clyde Drexler, Dikembe Mutombo, Dominique Wilkins, and James Worthy. There was also a musical performance by Fat Joe and a spin set by DJ Jazzy Jeff himself. 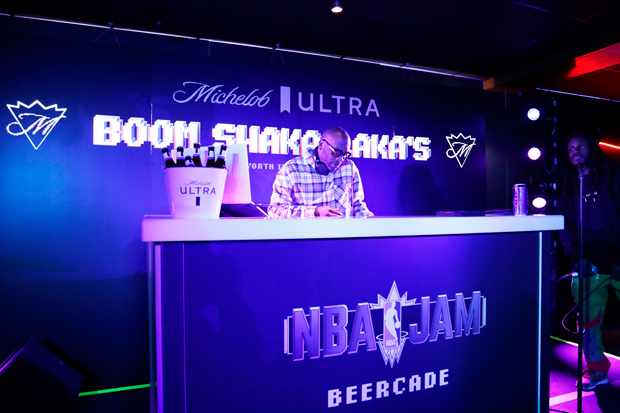 “What a weekend,” Jeff tells HollywoodLife, “To be part of celebrating the 75th anniversary of the NBA and bringing all the nostalgia and excitement of NBA Jam to Cleveland. Michelob ULTRA is known for creating amazing fan experiences for a reason, and getting to play a role in their program with NBA JAM was surreal. We had an incredible time – I performed a set at Boom Shaka Lakas as part of an awesome lineup featuring my son Cory Townes and an absolute legend, Fat Joe.”

Fat Joe and DJ Jazzy Jeff share something in common – they’re both characters in video games. Fat Joe is a legendary difficult boss in Def Jam: Fight For New York, and Jazzy Jeff is one of the many, many secret characters in NBA Jam. “[NBA Jam was one of my favorite video games of all time…especially because I’m a huge basketball fan,” he says. “I forgot how to get to myself. But I remember showing off on dates. I would casually suggest we play NBA Jam and then pick myself.”

[To get Jazzy Jeff, one must first go to the NBA Jam screen to enter their initials. Depending on which system a player was using, they would do a complex button sequence involving the initials “J,” “A,” and “Z.” The correct sequence would unlock Jazz. Other secret characters include MCA and Ad-Rock of the Beastie Boys, Parliament’s George Clinton, and Jazz’s hip-hop partner, Will Smith. 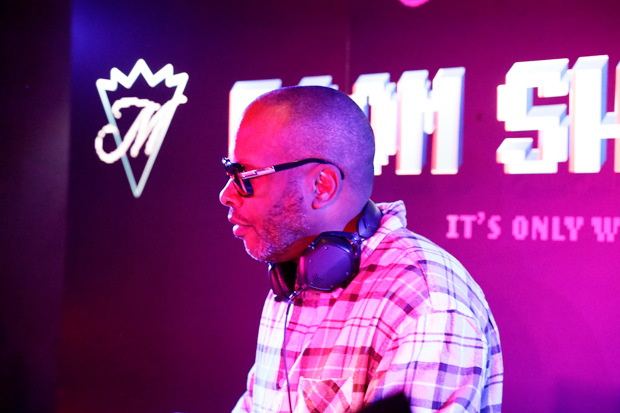 Speaking of, a new generation is being introduced to Will Smith – at least, the character that Will portrayed on The Fresh Prince of Bel-Air. With the new Bel-Air series on Peacock, younger viewers see a dramatic retelling of Will (Jabari Banks) dealing with being a fish out of water in upscale Beverly Hills. The new series has a cousin Carlton Banks (Olly Sholotan), an Uncle Phil (Adrian Holmes), and even a Jazz. Jordan L. Jones plays Bel-Air’s version of Jazz, who famously would get thrown out of the Banks household after irritating people. Sadly, the dramatic tone of Bel-Air will rob this new generation of the “Jazz getting thrown out” meme, but the actual DJ Jazzy Jeff isn’t mad. “I wouldn’t wish that back pain on anyone,” he said with a laugh.

There is something that Jazz wishes he could be – and that’s a secret character in another video game. The last NBA Jam installment came in 2011. There hasn’t been talk of reviving the franchise, but Jazz hints that he wouldn’t mind switching genres. Though he wasn’t a featured character in any of the Def Jam fighting games, Jazz tells HollywoodLife he wouldn’t mind throwing down – at least, in the video game world.

“I would love to be a secret player in Mortal Kombat,” says Jazzy Jeff, referring to the other major video game sensation that Midway, producers of NBA Jam, released in the early 1990s. “I think everybody wishes they could fight like them,” adds Jazz. “My friends and I would act out scenes and do the sound effects. That was the best.”

Fans can load up Mortal Kombat and NBA Jam on their SNES or Genesis consoles while they “Enjoy It Like It’s 1993.” To help fans get in the spirit, fans can go to EnjoyItLikeIts1993.com  to get some limited edition Michelob ULTRA x NBA merch, learn about the special edition NBA Jam can, and more info.