Nicole Kidman looked absolutely stunning at the SAG Awards, where she was nominated for her role as Lucille Ball in Being The Ricardos in the category of Female Actor in a Leading Role in a Motion Picture. Nicole was joined by her best accessory of all time — her husband, Keith Urban, who made sure to love up on the actress on the red carpet.

We can’t blame Keith, because Nicole looked stunning in a high-neck gown that featuring a white pussy-bow long black sleeves and curve-hugging silhouette. Her bright blonde hair was in loose curls and she rocked a bright red lip to top it all off. Keith kept it simple and clean in an all-black ensemble, matching his real-life leading lady. Javier Bardem, who plays Nicole‘s husband in the movie Being the Ricardos, was also in attendance at the event, looking as handsome as ever!

The Big Little Lies actress was predicted to finally win her first, much-deserved SAG Award, or her turn as Lucille Ball in the Aaron Sorkin film. 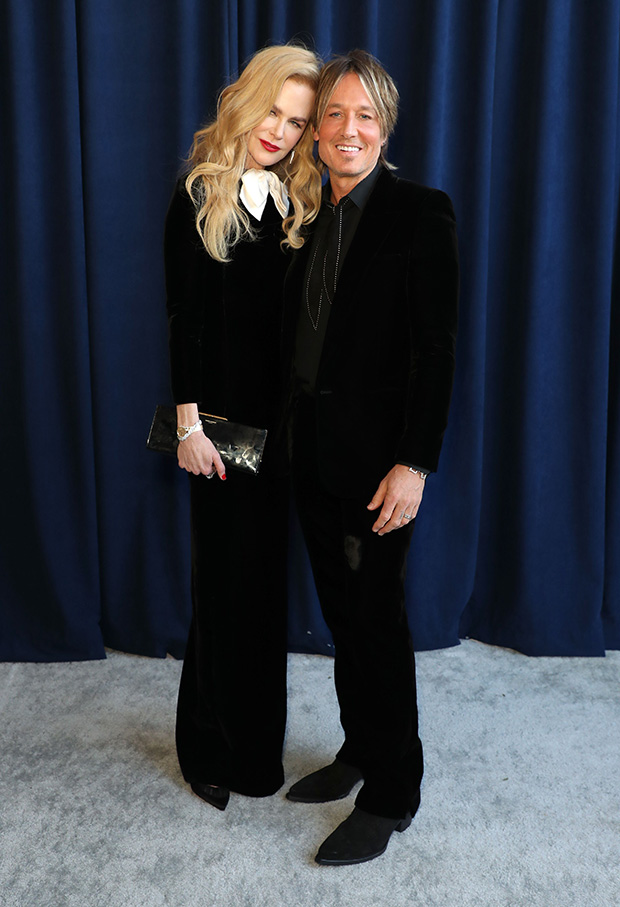 That’s not to say Nicole doesn’t have some fierce competition! The Australian is joined in the Best Female Actor in a Leading Role in a Motion Picture category alongside Jessica Chastain (“The Eyes of Tammy Faye”), Lady Gaga (“House of Gucci”), The Lost Daughter’s” Olivia Colman and Jennifer Hudson (“Respect”). The SAG Awards also threw a major curveball in the category by snubbing former Oscar favorite Kristen Stewart, who is nominated for her first Academy Award in the coming weeks.

Just days ago, Keith and Nicole opened up about their daughter, Faith’s, artistic talents, which came to no surprise to the public! “[She] has a great musical ear,” the “One Too Many” singer told ABC Audio of the 11-year-old. “I can tell ’cause she’ll hear a melody and go to the little piano and figure it out by singing it and matching the notes and stuff,” he added. “She’s got a good ear.” No shock there!

Nicole Kidman Then & Now: See Photos Of Her From 'Days Of Thunder' To 'Big Little Lies'