“Lately you’ve been killing my vibe / Hitting the brakes on my hot new ride / The laces on my kicks are tied / But I’m not tripping,” sings Jewels Gold at the start of “Fond Memories,” the new song from the rising talent. In the track, premiering here on HollywoodLife, Jewels shows why she’s fast becoming one of your fabulous friends’ favorite artists. Seated against a piano, the stripped-down setup allows Jewel’s dynamic voice to bob, weave, and dance along the track, delivering one knockout line after another to a disappointing lover. “Behind me, there’s a trail of smoke / Your curfews and your shitty jokes / I want romance and I want hope,” she sings. “And that I was missing.”

“There’s no good time or place to break this kind of news,” she sings right as she’s about to commit murder on the chorus. “But I’ll say it to your face, that’s the least I could do / I hope you have fond memories, ’cause that’s all there’ll be left of me / Hope you got fond memories that’s all there’ll be left of me.” With that, Jewels creates the perfect soundtrack to tearing up your lovers’ clothes, keying his car, or lighting the whole thing – along with all the unpleasant moments of that relationship – on fire.

“I wrote ‘Fond Memories’ to be the ultimate anti-love song,” she tells HollywoodLife. “It’s about making your great escape from someone who held you back and finding a new sense of power.”

“Fond Memories” is the first release from her upcoming Singles Collection, due out on March 18 via Burnside/The Orchard. “I’m choosing to share my songs in their most natural form, and that’s exactly what this collection is,” she tells HollywoodLife. “I’m inviting everyone to be a part of the songs as they evolve. I want to bring every listener on the journey from live acoustic performances to produced anthems.” 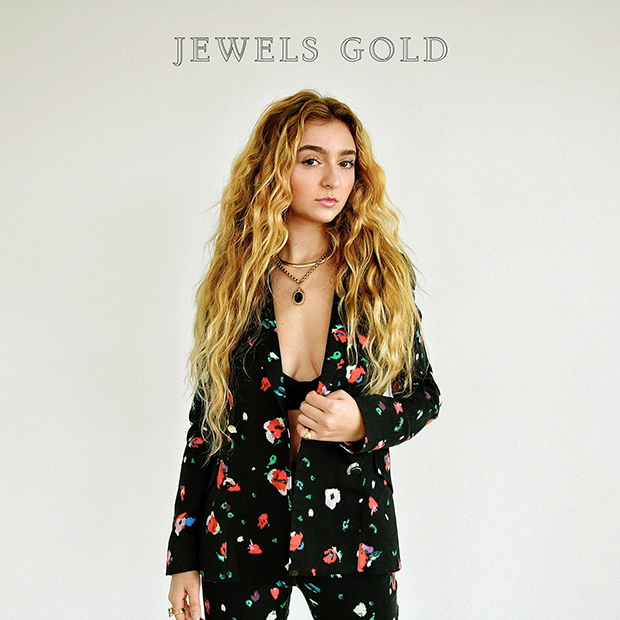 Over the next five weeks, she will release the remaining songs from the six-track EP. It culminates in the EP’s closer, a sweeping six-minute track titled “Royalty/Life Is Meant To Be Lived.” The song pays homage to two of Jewels’ biggest influences, specifically Queen (“Bohemian Rhapsody”) and The Beatles (“Golden Slumbers/Carry That Weight.”)

Jewels, hailing from New Jersey, started building a buzz while attending the Berklee College of Music in 2018. After one year of school, she returned east to focus on her music career. In 2021, she blew up online, thanks to the power of TikTok. The clock app has been huge in building her fanbase, with her loyal following growing by leaps and bounds every day. If you don’t know who she is, ask someone cooler and younger because they’re probably following her. Or, you can pre-save her upcoming Singles Collection and be on the ground floor when it drops in March.