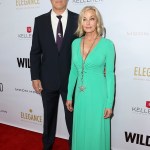 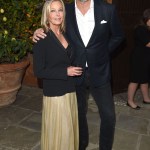 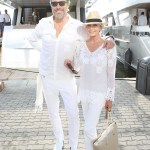 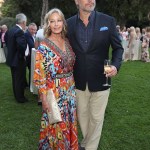 Not everyone can pull off suede pants while having dinner in Los Angeles. Then again, not everyone is Bo Derek, who rocked this look during a night on the town with pal Maggie Q.

Bo Derek showed why she remains a perfect “ten” on Tuesday (Jan. 11). While Bo, 65, met up with Maggie Q at Craig’s in Los Angeles, the 10 star wore a pair of chic brown suede pants, paired with matching brown leather boots, a long white sweater, and a long beaded necklace straight out of the ‘70s. The look may have been retro-inspired, but it was a fresh outfit that showed off Bo’s everlasting beauty.

Her companion for the night was a “jean genie” of sorts. Maggie, 42, wore a denim jumpsuit with a flared boot cut. She also opted for brown boots, and like Bo, the Designated Survivor star wore her hair loose and down around her shoulders. Both she and Bo carried brown leather purses during their night out, and Bo even accessorized with a silk face mask that completely matched her outfit. While outside the restaurant, Bo and Maggie paused for a laugh, and the paparazzi captured this tender moment between these two friends.

Maggie Q: Photos Of The 'The Protégé' Actress 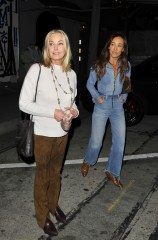 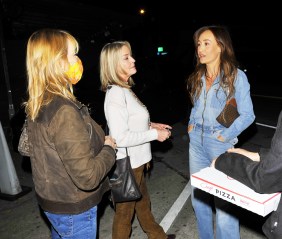 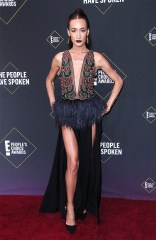 Bo recently made news when her longtime boyfriend, John Corbett, revealed during an August 2021 episode of The Talk that he and Bo secretly got married eight months earlier. While chatting with his friend Jerry O’Connell, John, 60, dropped this bombshell: “Jerry, I can’t believe that I forgot to tell you that around Christmas time we got married. Bo and I got married!”

Jerry, 47, said that he noticed the ring on John’s finger but wasn’t going to say anything. The My Big Fat Greek Wedding star then shared some details about the private ceremony. “We didn’t make an announcement,” said John. “All our friends and family knew but, this is the first time either one of us has said anything publicly about it because really we haven’t had an opportunity. So, you’re my buddy, and now I guess I’m telling all of America or the world.”

John, who had been involved with Bo after going on a blind date with her in 2002, said that “after twenty years, we’ve decided to get married. “We didn’t want 2020 to be that thing that everybody looks back at and hated…let’s get one nice this out of it,” he added.