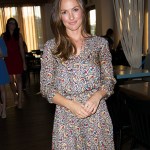 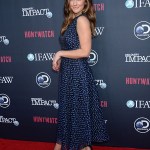 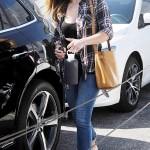 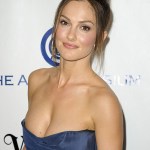 On-again couple Minka Kelly and Trevor Noah looked bright and beautiful in a selfie taken during their trip to his home country of South Africa.

Trevor Noah finally popped up on his on-again girlfriend Minka Kelly‘s Instagram page on January 9, after the actress posted a group selfie from their trip to South Africa. In the snapshot, Trevor, 37, and Minka, 41, posed with a bunch of his friends while enjoying drinks on a boat, as the sun’s reflection allowed for the couple to effortlessly glow. The Daily Show host, who is from Johannesburg, South Africa, took the photo, while Minka posted it to her IG page.

“Take a trip to South Africa. Find friends like these. Have the holiday of a lifetime,” the Friday Night Lights star wrote in her caption. “Thank you, Mzansi,” she added.

Trevor and Minka’s trip to South Africa marked the first time that they’ve appeared on each other’s social media pages since their relationship began in 2020. On Dec. 29, Minka was clearly visible in Trevor’s IG photo of a group seated at a long table celebrating his friend Xolisa Dyeshana‘s birthday. Minka and Trevor sat right next to each other, and both had big smiles on their faces for the snapshot. While Trevor did not specifically point the Titans actress out in the photo, fans noted that the pair subtly made things “Instagram Official” in the comments section. 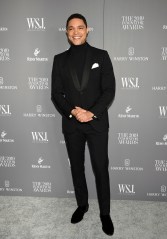 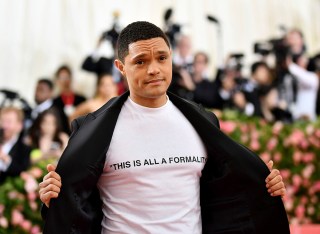 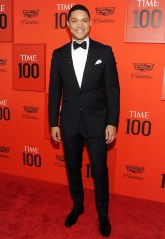 Trevor and Minka’s relationship debuted in the news at the end of summer 2020. At the time, reports claimed that the two were already quite “serious” while keeping their romance low-key. In May 2021, news broke that the two had split after less than one year together. However, Trevor and Minka seemingly reconciled by June, which is when they were spotted in St. Barts, followed by a trip to New York City.

Minka has dated in the public eye quite a bit throughout her career. She was previously in long term relationships with Chris Evans, Derek Jeter and Jesse Williams.