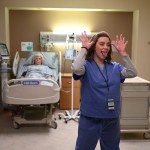 Kim Kardashian talked about her iconic ‘SNL’ monologue in a new interview, and revealed that beau Pete Davidson wasn’t her favorite cast member to work with.

In a new interview with i-D Magazine, Kim Kardashian, 41, revealed that her family had no issues with the epic zingers she ultimately delivered during her Saturday Night Live opening monologue in October. “Everyone in the family was just like, ‘You can do whatever you want,’ ” she told the outlet. “Everyone was really easy and game for me to do whatever I wanted.” However, the SKIMS founder didn’t execute all her pre-planned jokes on the sketch comedy show. “Although I had a really funny joke about Tristan [Thompson] and Khloé [Kardashian] that I took out – I could’ve maybe gone further,” Kim said. “But everyone was like, ‘Use me. Do whatever you want. This is your time.’ They were down. That was super cool.”

Kim — who poked fun at estranged hubby Kanye West, ex-stepdad Caitlyn Jenner, and mom Kris Jenner‘s boyfriend Corey Gamble during her monologue — also told i-D Magazine that she and her family members “are in on the joke.” She added, “We have a sense of humor. We roast each other as a family all day long. None of us are sensitive to it. I wanted people to see a part of my personality that all my friends know, that everyone close to me knows. But you know, SNL was a completely different audience for me. It was my opportunity. I wanted to show people that this is funny, and this is a big side of my personality too. And it was fun.”

When asked if she’d been waiting a long time to host SNL, Kim explained that she “really hadn’t been manifesting it” — but did feel that it was finally “the right time” to do the job. “And once I commit, I commit. I actually wasn’t nervous at all. I had such a good time. I was amazed by the amount of work they do on that show.” As for her favorite SNL cast member to work with that night? You’d think Kim would say Pete Davidson, 28, who she started dating after her hosting gig. But nope, Kim name dropped a different comedian when that question popped up in the interview. 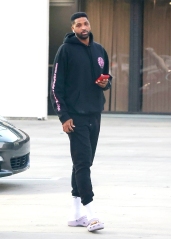 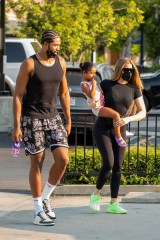 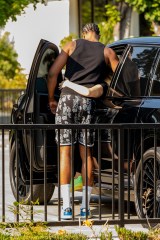 “I love Bowen Yang. He was so much fun,” Kim said of the 31-year-old Chinese-American comedian, who joined SNL’s main cast last year. “Everyone was great though. I loved seeing the machine that it is. I respect the glam and the wardrobe team. That was so much fun,” she added of her SNL hosting experience.

Kim was confirmed to be dating Pete on November 18, a little over a month after they worked together on SNL. Since then, the pair have gone on dates together in California and in Pete’s hometown of Staten Island. They also celebrated Pete’s 28th birthday together at Kim’s mom’s house. This new romance is heating up as Kim is still in the process of finalizing her divorce from Kanye, 44, with whom she shares her four children.