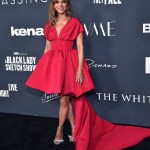 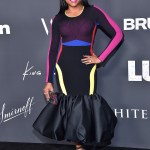 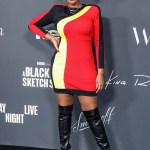 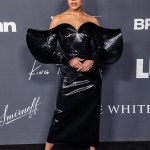 It was date night for Halle Berry and her man, Van Hunt, as they attended the Celebration of Black Cinema and Television event in Los Angeles on Dec. 6.

Halle Berry and her boyfriend, Van Hunt, looked so in love while posing for red carpet photos on Dec. 6. The lovebirds attended the Celebration of Black Cinema and Television event, and dressed to the nines for the night out. Halle wore a red mini dress with a cinched waistline and low-cut neckline. The mini had a long train down the back, and Halle paired the look with silver shoes.

To complete her look, the actress had her hair styled in loose waves and pulled back into a half ponytail with tendrils hanging down in front of her forehead. Meanwhile, Van looked dapper in his black suit as he took photos with his lady. The Celebration of Black Cinema and Television event is hosted by the Critics’ Choice Association and honors “standout achievements in Black filmmaking and television.” Halle received the Career Achievement Award at the show, while Anthony Anderson, Jennifer Hudson and Barry Jenkins also got special honors. 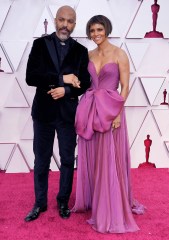 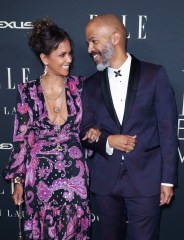 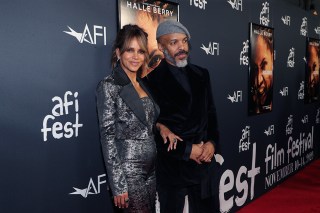 Halle has been dating Van for more than a year now, and their relationship is going strong. The Academy Award winner has previously been married three times, but is certain that she’s finally found the right man in Van. “I wish that I had met him sooner so I could have loved him longer,” she gushed in November. “I just feel fulfilled. I feel happy in my life romantically, as a mother, as an artist. I’m a much better mother in this circumstance than I would have been had I stayed in a romantic relationship that didn’t serve me and didn’t make me feel the way I need to feel as a woman.”

Halle has two kids from previous relationships. She has a daughter, Nahla, with her former partner, Gabriel Aubry, and a son, Maceo, with her ex-husband, Olivier Martinez. The 55-year-old was also previously married to David Justice and Eric Benet.