There are a lot of ways to start your week off right. You can give yourself a few moments to stretch after waking up. You can make sure you get your favorite drink from your favorite coffee store. You can even take a reflective moment on how beauty exists in the world despite so much manufactured ugliness. Heck, you can do all three while listening to “Kontrail,” the new song from experimental music duo The Furniture. After announcing their self-titled debut will arrive on the Spanish Prayers record label in January, the group – Michael Kuhl and Matthew Pierce – have given listeners another taste of things to come. In “Kontrail,” premiering on HollywoodLife, the two craft a sonic landscape that is uplifting, invigorating, and quite captivating. ‘

“Everything from this record came from a single improvised live recording session,” the group shares with HollywoodLife. “We had no preconceived idea about anything we were going to play. Luckily though, while we were playing, we frequently felt many “a-ha” moments. But a lot of times, you’re not sure the ideas are fully worked out until you could go back and listen to the session. For ‘Kontrail,’ though, we could feel the vibe instantly. It was towards the end of our two-hour session, and we were nicely settled in by then. As soon as we heard the main loop hypnotically run its course, everything else seemed to fall where it was supposed to. It seemed to play itself.”

For those who have never heard of the group, it might be hard to pinpoint The Furniture’s sound. To know it, one must feel it, and to feel it, one must experience it for themselves. “With the improvisatory nature of our music, for the most part, it strays away from traditional song-form in favor of a more linear approach. This tends to lead the listener down their own path of discovery,” the group tells us. “But if [we] had to make an elevator pitch, [we] would say that through the mixing of analog and synthesized sounds, whether it be from objects found to ambient components, we draw our inspiration from anything between the German experimental music of the 70’s to Ghanaian drumming and to what is yet to be discovered.” 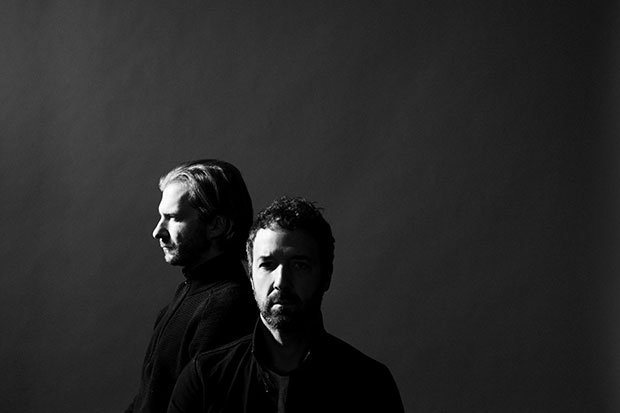 With improvisation as the driving force behind The Furniture, it means that every performance is unique and that no two concerts are alike. This may be great for the audience but in terms of recording? It could be tricky. If The Furniture thrives on improvisation, how could they pick which sounds and styles they would put down on their upcoming record? Or would they just let everything happen spontaneously?

“For the most part, the making of this record was completely in the moment,” the band tells HollywoodLife. “After we got off a lengthy tour with Cigarettes After Sex on one of their European legs, we didn’t really have many shows except for a couple of one-offs until we made this record. But, in a way, even when we don’t have anything on the books, it seems that we are preparing and anticipating for the next show or recording. We are always talking about different machines, instruments, or objects we found or sharing new music we heard that seems to ultimately find its way into our sound. [We] think that sort of mental imaging plays a big part in the preparation for whenever we play.”

One can experience that for themselves when The Furniture arrives on Jan. 28, 2022, on Spanish Prayers.