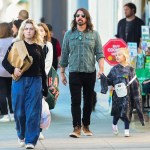 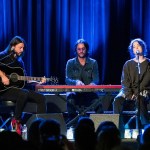 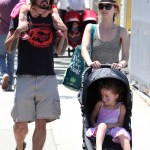 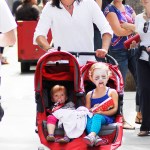 The Foo Fighter offspring proved she can belt it out with the best of them, singing a classic tune from late legend Amy Winehouse!

She’s got the pipes! Dave Grohl’s teenage daughter Violet, showed off her amazing vocal ability by singing an emotional rendition of Amy Winehouse’s “Take the Box.” The 15-year-old prodigy’s take on the late legend’s song was featured in a video from her rock icon father for his second annual Hanukkah Sessions series, which celebrates the Festival of Lights with covers by Jewish artists. Backed by a full band — with her dad on drums — Violet joined the party with her mind-blowing version of the ditty from Amy’s first album.

“Despite this song’s mention of a ‘Moschino bra you bought me last Christmas,’ it’s common knowledge that the amazing woman behind the song was actually Jewish. Gone far too soon…Ms.@amywinehouse and “Take The Box,” Dave introduced the clip via social media on Dec. 2. In the sepia-toned video, Violet let fans experience her way-beyond-her-years voice while channeling the legendary songstress, who died at the age of 27 in 2011. As the session wraps, Violet can be heard saying, “I think that’s the one.”

The holiday-themed recording isn’t the first time the father-daughter duo has performed together. As recently as August, Violet took over lead vocals during part of the Foo Fighters set at Lollapalooza, per Entertainment Weekly. In January 2020, at The Art of Elysium’s annual Heaven Gala charity show, Violet sang alongside her father and the other remaining members of Nirvana, Krist Novoselic and Pat Smear, according to NME. She also collaborated with Dave on a cover of Adele’s “When We Were Young” for a UCSF Benioff Children’s Hospitals benefit concert in 2018, per Entertainment Weekly. 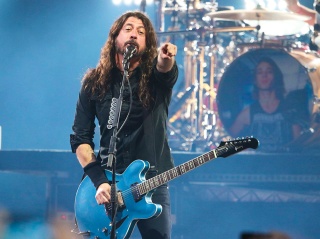 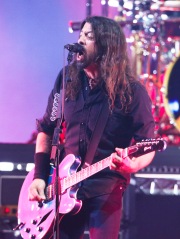 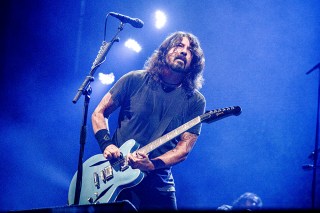 Meanwhile, Dave proved a proud papa, as he gushed about Violet’s musical talents during a November appearance on the Smartless podcast. “My daughter Violet, who’s 15, she is the most talented musician that this family has ever known,” he explained. “She has perfect pitch, and she has an incredible memory, musical memory. She can pick up an instrument and learn it in, like, a week. She’s a total badass.”