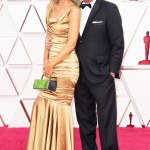 Paulina Porizkova looked sexier than ever when she stripped down completely naked while clapping back at trolls who think her photos are too sexy.

Paulina Porizkova, 56, loves the skin she is in, and rightly so – she looks amazing. The model posted a new photo of herself completely naked with just a tiny black bar over her chest and a star icon over her crotch as she showed off her fabulous figure. Paulina is known to show off her body in sexy bikini photos and she has received a ton of backlash from haters. Paulina finally had enough and she clapped back at all the trolls.

After receiving a comment on one of her photos that bashed her for posting sexy photos to Instagram, Paulina fought back. She posted the new, nearly nude photo with a caption that read, “Yesterdays comment of one @jamesorvin Is only important insofar as to highlight the still common belief THAT WOMEN ARE ESSENTIALLY CHATTEL. That once we have stopped breeding, we should be retired to provide nourishment for others.” 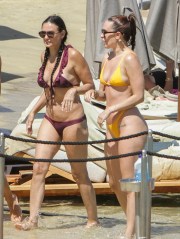 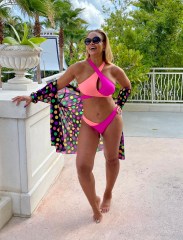 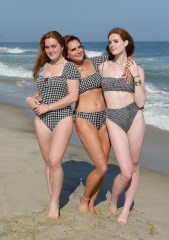 Paulina continued her caption, “I’m 56, and living my best life. After a lifetime spent taking care of others, I finally get to do ME. Sure, I can also knit and bake and bask in the warm glow of my family on the rare occasion they need me, but I can also bask in the glow of a tropical sun, a lover’s arms, and here the fabulous light of @luigiandIango.”

She went on to explain why she posts sexy photos, writing, “I post bikini and nude photos because I finally feel good in my skin. I don’t do this for compliments or likes. (Although they are very nice indeed). I’m doing it because you see thousands of images of younger women in the same situations. That’s what you’re used to seeing. No one tells them to put their clothes on. By what standard is it ok to ogle a nude teen, but not a mature woman?”

“I have done the same sort of photos since I was fifteen,” she said. “Back then, I couldn’t be proud of who I was because I didn’t yet know who I was. I did what others asked of me. I posed for others. An older woman is allowed wisdom, humor, patience – but not sensuality. Not sexiness. This is a major societal taboo which is precisely why I post what I post. I may be 56, but I’m as fully a woman as I was thirty years ago, in fact, I’d argue: more so. I’m finally fully inhabiting this body of mine, I fully appreciate it, and I am fully celebrating it. I may be posting for you. But I pose for myself.”

Paulina concluded her post, “Those of you who have issues with nudity- there is a small button that reads ‘unfollow.’ And since I’m not an airport – there is no need to announce your departure. (This last line is borrowed from @annikavonholdt who takes no prisoners).”