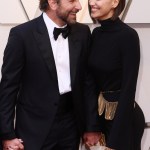 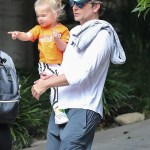 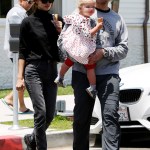 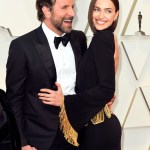 Back together? Bradley Cooper and Irina Shayk were spotted strolling arm in arm in New York over the weekend.

Bradley Cooper and Irina Shayk enjoyed a Sunday stroll through New York over the weekend, sparking speculation of a reconciliation two years after their 2019 split. The Oscar-nominated actor, 46, was all smiles as he linked arms with the model, 35, in the West Village on Nov. 14. Both dressed accordingly for the cold weather: Bradley wore a navy jacket while Irina looked stylish in a floor length black trench coat, as seen in photos HERE.

The couple split in June 2019 after four years of dating. They share daughter Lea, 4, together, who they welcomed in March 2017. A source told Us Weekly at the time that the two hit a rough patch, but will continue to co-parent. “It was obvious their romantic relationship was over,” the source said. “They’ve been coparenting and doing things the way they intended to continue after splitting up.” Post-split, Irina was briefly linked to Kanye West earlier this year amidst his divorce from Kim Kardashian.

The model and rapper, 44, were spotted in Paris together in June; they stopped seeing each other two months later in August, with PEOPLE reporting that the relationship was never quite serious. “It was never a serious thing that took off,” the source said. Kanye has been busy working and spending time with his kids. This is his focus. He doesn’t have time to date right now. He finds Irina amazing though.” A second source said they “remain friendly.” 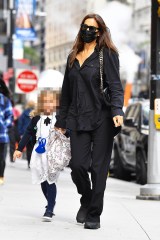 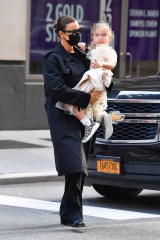 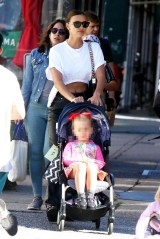 As for Bradley and Irina, both were private about their relationship during their four-year romance. A year after the birth of Lea, however, Bradley offered rare comments about how fatherhood and having a family have positively impacted his life. “Having a child, and having a family of my own — which is a miracle and something I’ve always dreamt of — has opened me up even more, I guess, to the day, and to be present,” the Star is Born actor told NPR in 2018.

While on the digital cover of ELLE‘s March issue this year, Irina also offered rare insights into her co-parenting dynamics with her ex. “I never understood the term co-parenting,” the model mused. “When I’m with my daughter, I’m 100 percent a mother, and when she’s with her dad, he’s 100 percent her dad.” She called Bradley “the most amazing dad.”