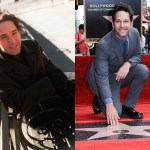 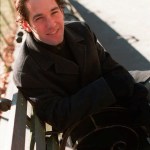 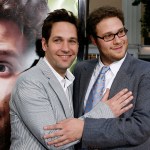 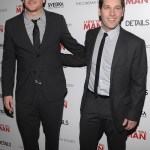 It’s official. Paul Rudd was just named ‘PEOPLE’s ‘Sexiest Man Alive’ for the year 2021, and we have no complaints.

Paul Rudd is PEOPLE’s “Sexiest Man Alive”! The 52-year-old actor earned the coveted 2021 title along with a smoldering cover, which was revealed on the Nov. 9 episode of The Late Show with Stephen Colbert. SEE THE COVER PHOTO HERE.

And while we fully support him as this year’s pick (why wouldn’t we?! Just look at the photo below), the actor is having a hard time accepting the title. “I do have an awareness, enough to know that when people hear that I’d be picked for this, they would say, ‘What?'” the actor told PEOPLE in this week’s cover story. “This is not false humility. There are so many people that should get this before me.”

But fans have fallen in love with Paul, who will soon star in the new Apple TV+ series The Shrink Next Door as well as the upcoming film Ghostbusters: Afterlife, over the years, so we have a feeling they’ll be overjoyed by this decision. And he should learn to accept it. 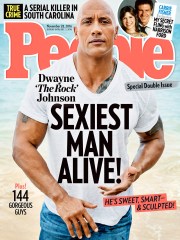 But Paul, who has risen to superstardom over the past several years, says he’s the happiest at home with his wife of 18 years, Julie, 53, and their kids Jack, 17, and Darby, 12. “When I think about myself, I think of myself as a husband and a father, like I’m that,” he said. “I just hang out with my family when I’m not working. That’s what I kind of like the most.”

So how did his wife react to the news? Paul said, “She was stupefied. But you know she was very sweet about it. After some giggling and shock, she said ‘Oh, they got it right.’ And that was very sweet. She was probably not telling the truth, but what’s she going to say?”

And now that he’s officially “sexy”, Paul said he expects his life to change a bit. “I’m hoping now that I’ll finally be invited to some of those sexy dinners with Clooney and Pitt and B. Jordan. And I figure I’ll be on a lot more yachts. I’m excited to expand my yachting life. And I’ll probably try to get better at brooding in really soft light. I like to ponder. I think this is going to help me become more inward and mysterious. And I’m looking forward to that,” he joked.

Last year’s Sexiest Man Alive was actor Michael B. Jordan, 34. Mel Gibson was the first-ever to receive the title back in 1985, and several A-Listers like Brad Pitt, George Clooney, Johnny Depp, and Richard Gere have been named PEOPLE‘s SMA twice.