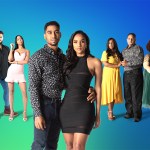 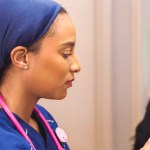 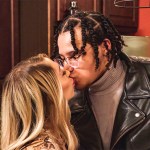 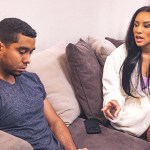 River sits down with Megan’s friends in this EXCLUSIVE preview of the all-new episode of ‘The Family Chantel,’ and they do not take it easy on him.

River is gearing up to meet Megan’s friends in this EXCLUSIVE preview of the November 8 episode of The Family Chantel. Megan knows this is a big step when it comes to their relationship.

“I think that meeting my friends is definitely kind of a big deal,” Megan says in our EXCLUSIVE preview. “They’re protective of myself and of my son just because they know I haven’t been dating, I haven’t been bringing people, you know, around and it shows me that he’s like serious about me for him to be willing to come into a house full of females ready to just like ask him questions about his intentions with me.”

River sits down with three of Megan’s faces. One of them touches his face to get some hair out of his eyes just as he sits down. “Do you always touch people’s faces when you first meet them?” River asks, caught a little off guard.

This same friend admits that when she found out that River was 23 years old and living at home, she thought it was “crazy.” She wonders if he’s ready to take on the challenge of taking care of a kid since Ashley has a son.

The hangout session between River and Ashley’s friends starts to get a little awkward. The conversation isn’t exactly running smoothly. River tries to explain why he still lives at home.

“My older brother, he came back to live with us a few times and that’s because he left the nest too early. My sister’s the same way,” River says.

The same friend from earlier touches River’s face once again. This time, River politely asks her to stop. “Please don’t touch my face again,” he tells her.

River knows that Megan’s friends are just having fun and picking on him. He reveals that he’s never “had a deep connection” with anyone before, but “Megan is different.” Her friends continue to grill him. When River is asked if he’s ready to be a stepdad, he doesn’t respond right away. The Family Chantel airs Mondays at 8 p.m. on TLC.