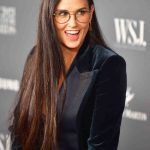 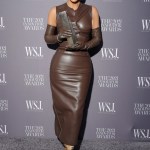 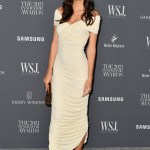 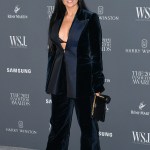 Allow Demi Moore to make the case for lingerie under a good suit. The actress, 58, wore a stylish Fendi velvet suit to the Wall Street Journal’s 2021 Innovator Awards in New York City on November 1, pairing the look with an exposed bra top underneath the blazer. The suit featured flared pants, and the star accessorized with a clutch bag and black boots.

Some of the past WSJ Innovators include BTS, Michaela Coel, Jennifer Lopez, Eddie Murphy, and Julianne Moore. It was a star-studded affair at the MoMa on Monday evening. Along with Demi, other famous attendees included Karlie Kloss, Meadow Walker, Emily Ratajkowski, Martha Stewart, and Ella Emhoff. Demi’s fashionable outing comes after her daughter Rumer Willis, whom she shares with ex-husband Bruce Willis, gushed about her co-parenting skills with ex Bruce in a new interview with PEOPLE. 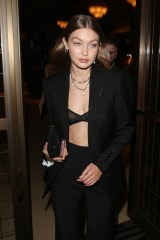 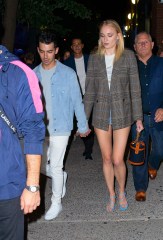 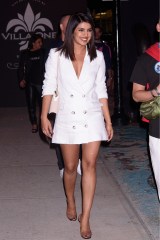 Demi and Bruce split in 2000 after 13 years of marriage. The famous exes made headlines in March 2020 for quarantining together with their adult children, as well as Bruce’s wife Emma Heming and their young children. (Along with Rumer, 33, Demi and Bruce also share Tallulah, 27, and Scout, 30, together.) “I’m incredibly grateful that both of my parents have made such an effort my entire life that I never felt like I had to choose between them,” Rumer told PEOPLE on October 25 of her parents.

“I have a lot of friends who grew up with parents who got divorced at a young age and I watched their parents, like, pit them against each other or have to choose between holidays,” she continued. “And I didn’t have to do that, and I feel so grateful that my parents made it such a priority that we could be a family, even though it looked different.” She added of quarantining with her entire family, “It was a time that I, like, in a lot of ways, even though it was really challenging for the world, I am deeply grateful for it because I don’t know if we would have gotten that time together otherwise.”