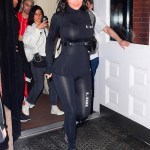 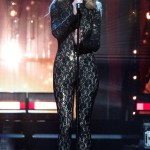 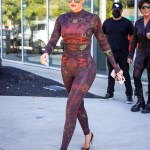 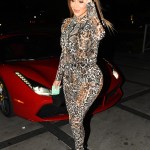 For the first time since March, Taylor Swift hit the stage to perform at the Rock & Roll Hall of Fame induction ceremony on Oct. 30. She was in attendance to pay tribute to Carole King.

Taylor Swift was on-hand to induct Carole King into the Rock & Roll Hall of Fame on Oct. 30. The singer, 31, kicked off the 2021 Induction ceremony with a performance of “Will You Still Love Me Tomorrow?” which was originally co-wrote and performed by Carole. The hitmaker also gave a speech celebrating the iconic singer, who is only the third female artist in music history to be inducted twice into the Rock and Roll Hall of Fame. “I grew up dancing around the living room in socked feet to the sounds of Carole’s soulful voice, her infectious melodies and lyrics that I, a 7-year-old, thought had been crafted for my exact, specific life experience,” Taylor said. “I listen to Carole’s music now and feel that same tingle of recognition.”

After keeping a low profile for the last several months, Taylor came back in a big way for this performance. She looked stunning, wearing a lace catsuit by Sarah Regensburger and boots by Louis Vuitton. Her look was complete with her hair styled in loose curls.

Back in 2019, Carole actually presented Taylor with the Artist of the Decade Award at the American Music Awards. Taylor performed a medley of her hits at the show and accepted the honor from the legendary singer. Now, she’ll get to return the favor to Carole, who is being inducted along with the Foo Fighters, Tina Turner, The Go-Gos, JAY-Z, Todd Rundgren, Kraftwerk, Charley Patton, Gil Scott-Heron, LL Cool J, Billy Preston, Randy Rhoads and Clarence Avant.

The Rock & Roll Hall of Fame appearance came just 13 days before the release of Taylor’s next album, Red (Taylor’s Version). It will be the singer’s second past album that she re-recorded in order to own the masters herself. In addition to the songs that appeared on the original album, Taylor’s Version has nine new songs, as well as the full, 10-minute version of fan-favorite track “All Too Well.” Two of the newly-added songs are “Better Man” and “Babe”, which were previously recorded by Little Big Town and Sugarland, respectively.

Taylor previously released the Taylor’s Version of Fearless in April 2021. There are still four more albums — Taylor Swift, Speak Now, 1989 and Reputation — that she is planning on re-recording. She already owns the masters to her three most recent albums, Lover, Folklore and Evermore. With less than two weeks to go until Red’s re-release, Taylor has yet to tease the record by dropping any songs beforehand, so it could very well be a total surprise on release day (Nov. 12)!