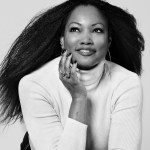 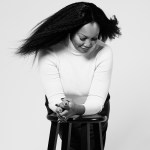 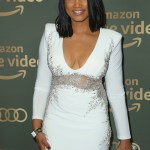 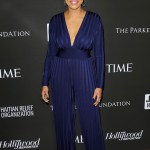 Garcelle Beauvais says she was ‘proud’ of how host Andy Cohen handled Erika Jayne’s Q&A portion of the ‘RHOBH’ reunion in this EXCLUSIVE interview!

Garcelle Beauvais, 54, was blown away by how her boss and host of The Real Housewives of Beverly Hills season 11 reunion, Andy Cohen, 53,  handled questioning Erika Jayne, 50. The blonde bombshell has been at the center of the drama with her legal troubles this season amid her divorce. “Andy really did his job,” Garcelle told HollywoodLife EXCLUSIVELY on Oct. 11 at Travel & Give’s ‘Travel with a Purpose’ fundraiser at TomTom in West Hollywood. “I think he asked the questions that people want to know the answers to. I was really proud of him.”

The “XXPEN$IVE” singer has been dealing with a ton of real life legal drama with cameras rolling after filing for divorce from husband Tom Girardi, 82, when a cheating scandal and tons of lawsuits came to light. Tom and his law firm allegedly embezzled funds from plane crash victims — something Erika has sworn up and down she did not know about (notably, she is named in the lawsuits).

The ladies have grilled her all season on the show about her knowledge on the situation and how she’s holding up. Because of the real life woes happening, Garcelle promises fans that the record four part reunion is not short of any juice. “I can tease there’s a lot of drama,” Garcelle revealed. “A lot of emotions, a lot of hard questions, honestly.”

During part one which aired on Oct. 13, fans witnessed Garcelle and former bestie Lisa Rinna, 58, get heated with one another after having their issues all season. At the end of the episode, Garcelle comes over to Rinna’s couch and the ladies hug and agree to start fresh. “I am open,” Garcelle said of her future with Rinna. “Clean slate. Let’s start the new season.”

Rumors are swirling that season 12 will begin filming this month to capture Erika’s ongoing legal issues. Articles have also surfaced with Garcelle’s status should that be true, and she is setting the record straight about her return should she get the call to begin filming. “Not yet,” Garcelle said of officially signing back on. “Yeah, I’m open, for sure. Open for sure.”

Part two of The Real Housewives of Beverly Hills reunion airs Wednesday at 8pm on Bravo.