Hailie Jade bundled up on a beach for her latest pic as she sipped on a glass of white wine!

Hailie Jade Mathers looked stunning in her latest photo! Eminem‘s daughter posed on the beach as she sipped on a glass of white wine in the post shared on Friday, Oct. 15. The Instagram influencer candidly looked to the side in the snap, which also captured a postcard worthy sunset. She bundled up in a cropped plaid wool bomber over a chunky cream turtleneck and matching pants, topping the outfit off with a white hat.

Her makeup looked flawless as she stared into the camera, which also captured her glossy straight hair. “wine + beach + bonfire = perfect start to fall drinking,” she captioned the post, including a fall leaves emoji as well as a tag for Washington’s Chateau Ste. Michelle Winery. An open bottle could also be seen next to Hailie, who sat perched on what appeared to be a foldable chair.

“that looks so peaceful,” one fan wrote on the photo. “queen of cozy season,” and “just beautiful,” two of her other 2.2 million followers gushed. Hailie has actively been using her platform as an influencer in recent years, starting back to her college days at the Michigan State University. She earned her undergraduate degree in pyschology in 2020 with an impressive impressive 3.9 GPA.

Eminem was so proud of his only daughter with ex Kim Mathers after the achievement. “She’s made me proud for sure,” the 8 Mile rapper said on Hotboxin’ with Mike Tyson back in 2020. “So when I think about my accomplishments like that’s probably the thing that I’m the most proud of, you know, is that — is being able to raise kids,” he added, noting that he was also proud of Hailie for having “no babies” at a young age. 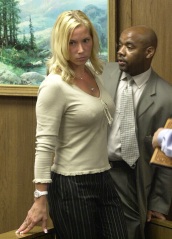 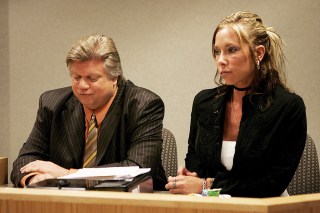 Back in 2018, Hailie — then just 22 — reflected on the career path of being a social media influencer after graduating from college. “I’m not sure yet [what I’ll do after I graduate], it’s kind of up in the air, still,” she said to the Daily Mail. “People have been reaching out through [Instagram], as I don’t have any [management],” she noted, adding that the requests were not so much from media but “companies who work with them.” Based on her Instagram following now, it appears Hailie has been more than successful in her path!