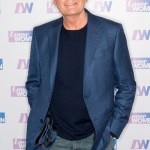 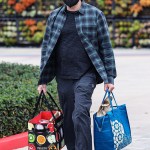 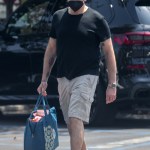 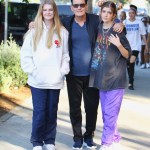 Following his child support victory in court, Charlie Sheen stepped out to shop for some groceries in Malibu.

Charlie Sheen stepped out for a grocery run ahead of the weekend in Malibu on October 8. The former Two and a Half Men star, 56, was photographed on Friday after purchasing two tote bags’ worth of sustenance. He looked casual in a flannel shirt and sweatpants, covering up his mouth with a surgical face mask.

The outing comes after the actor scored a victory in court on October 4. A judge granted his request to stop paying child support to ex-wife Denise Richards for their two daughters, Sami, 17, and Lola, 16, since both of them now live with him. Charlie first filed the request in December 2019. Denise, 50, reportedly did not file any opposing paperwork.

The actor will now pay his ex-wife a sum total of zero dollars, per the court documents obtained by HollywoodLife. As he departed the courthouse that day, Charlie called the decision “fair” when approached by Us Weekly. “I think what transpired today is extremely fair,” he said. “It speaks to not just today, but it speaks historically to that same fairness.” 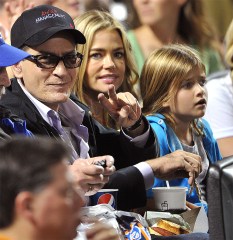 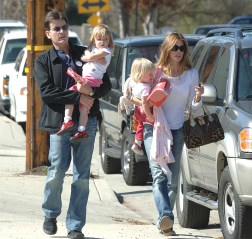 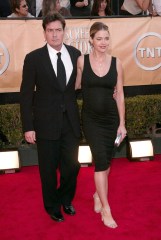 It has been reported, however, that Denise was “blindsided” by the court date and the ruling. It appears that the actress may have missed the hearing since she is currently traveling for work, per her Instagram post from October 2. A source told PEOPLE that the couple’s youngest daughter Lola lives with both parents — and accused Charlie of “manipulating the situation.”

“Charlie filed two years ago and kept pushing the court date, so Denise was very surprised that it happened yesterday while she is out of town filming,” the source said. “She was blindsided. . . Lola does not live with Charlie. She lives with both of her parents and stays with Charlie when Denise is out of town. When Denise is back, Lola will be with her.”

The source added, “This is very disappointing for Denise, but also not surprising. Charlie is pitting the girls against their mother, which is horrible.” A second insider, however, told the outlet that Denise “has known about the court date for six months,” resulting in conflicting information. The two were previously married between 2002 and 2006.

The court decision comes after a source told HL in September that eldest daughter Sami moved out of Denise’s home because she didn’t agree with her “mother’s rules.” The source said, “[Denise] and Charlie have different rules and styles of parenting and [they] didn’t see eye to eye. Sami decided she liked Charlie’s rules better and wanted to go and live with her father . . . Denise is incredibly saddened, but knows she is doing her best as a mother.”