An engagement might definitely be in the future for Kenny Braasch and Mari Pepin after the Sept. 21 episode of Bachelor in Paradise. Kenny and Mari got the chance to go on a one-on-one date during the episode, and they expressed intense feelings for one another after rekindling their relationship. “I do feel like I’m falling in love with you,” Kenny admitted at the end of the night, to which Mari responded, “Really? That’s funny…because I’m falling in love with you, too.”

Both Kenny and Mari were giddy after their confessions. “When I told Mari I was falling in love with her and to have her say it back, that’s what drives me to really want to consider the engagement part of this and ultimately getting married to her,” Kenny gushed. “We are falling in love with each other. I don’t know how it happened, but it happened.” 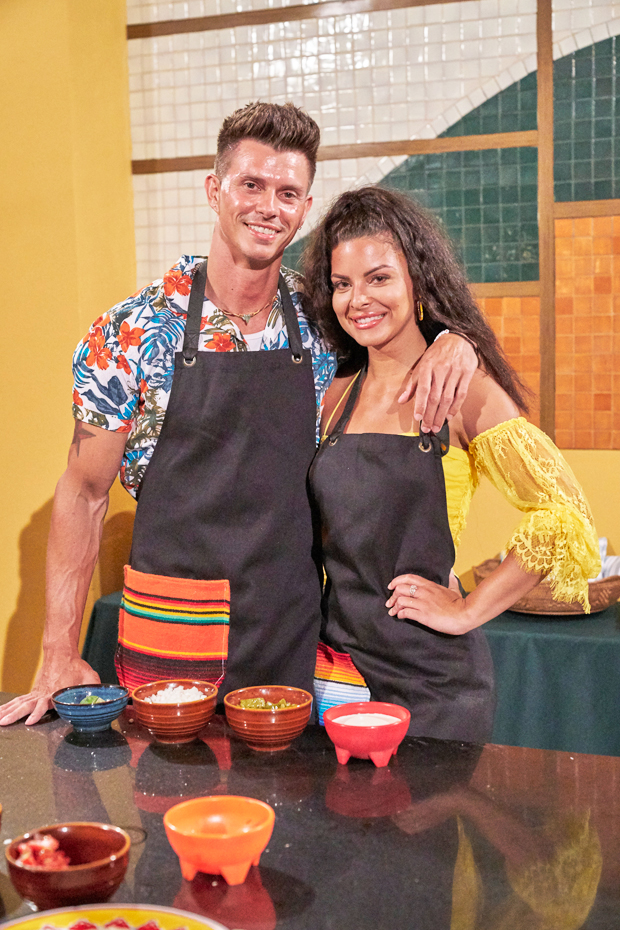 In her own confessional, Mari added, “It feels good to hear Kenny is falling in love with me and the feelings are mutual. I feel like Kenny has swept me off my feet here in Paradise. I haven’t had a man make me feel like that before. I’m super giddy about what’s next. I’ve had so much fun with Kenny here and we have a really good foundation going for us, and to know we have more coming for us after this makes me really happy and excited.”
Kenny and Mari are one of the first couples on this season of Paradise to really begin considering what could happen for them after the show. With the show winding down, it was definitely time to start thinking about a potential engagement this week, and Kenny and Mari definitely both seem like they’re at the point where they’re ready. However, it hasn’t been an easy journey for these two to get here.

Although Kenny and Mari hit it off on night one, things took a turn when Demi Burnett entered the picture. Mari was a bit wishy-washy about what she wanted in Paradise, and it led to Kenny pursuing Demi due to Mari’s mixed signals. He even got a rose from Demi at the second rose ceremony, and things were pretty tense between him and Mari for a while. However, the two eventually rekindled their relationship, and with Demi gone, they’ve been thriving. We’ll have to wait and see if an engagement is in the cards for real, though!

Related: Tahzjuan Hawkins: 5 Things To Know About ‘BIP’ Alum Returning To ‘The Bachelor’