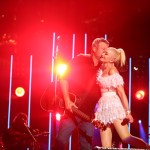 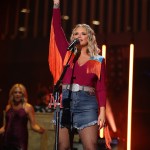 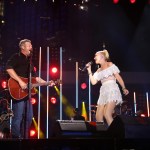 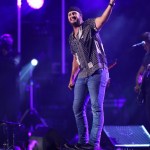 She’s back! Six months after giving birth, Gabby Barrett hit the stage at CMA Summer Jam, and she looked incredible in her white ensemble.

Gabby Barrett was one of several country stars to take the stage at CMA Summer Jam, which was filmed in late July and airs on ABC on Sept. 2. The American Idol contestant performed her song “The Good Ones” at the show, and she looked and sounded incredible. She was joined by the guy who inspired the song, too, as her husband, Cade Foehner, was by her side to play guitar for the performance.

Gabby looked angelic in her white outfit for the performance. She wore a white dress, which featured shorts underneath a long train on one side. The one-shouldered ensemble had a gold belt across the center. She completed her full look with her hair pulled into a low ponytail, along with dark eye makeup and glowing skin. Meanwhile, Cade looked like the ultimate cowboy in his all-denim outfit and cowboy hat. He rocked out on guitar as his lady belted out the hit. 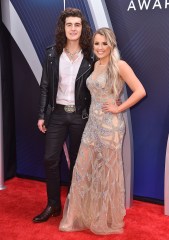 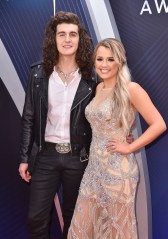 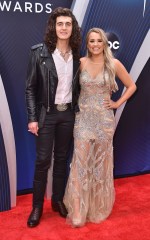 Gabby had a bit of a quiet start to 2021, as she gave birth to her and Cade’s first child — Baylah May Foehner — in mid January. However, she was back on the award show circuit by April, just three months later, as she attended the ACM Awards that month. Gabby performed at the show and was awarded New Female Artist of the Year, so it was a successful night. She also went to the iHeartRadio Music Awards at the end of May.

Gabby and Cade were both contestants on season 16 of American Idol in 2018. They met on the show, and continued their relationship afterward. They got engaged in 2019, and were married by the fall of that year. In August 2020, the pair confirmed that they were expecting their first child. The news came just weeks after Gabby dropped her debut album, Goldmine.