In honor of Nipsey Hussle’s son turning five years old, his partner, Lauren London, shared a photo of Kross, aka ‘BabyHussle,’ and he looked just like the late rapper.

“Kross the boss! My baby is 5,” Lauren London captioned the photo of her and Nipsey Hussle’s son, Kross Asghedom, on Aug. 31. Though he was just five-years-old, Kross seemed to have the natural, nonchalant swagger his father had. The young boy posed for the camera, head tilted to the side while wearing a chain bearing what looked like a picture of his father. Nipsey’s longtime partner called their son her “lighthouse” and her “strength.” Lauren, 36, ended the caption with, “Love [blue heart emoji], BabyHussle.”

Lauren’s message comes a few weeks after what would have been Nipsey’s 36th birthday. The rapper (born Ermias Joseph Asghedom on Aug. 15, 1985) was shot dead outside his Marathon Clothing store in south Los Angeles in March 2019. On the second anniversary of Nipsey’s death, Lauren shared a heartfelt message. “The Day Of Ermias’ transition changed the course of my life forever. 2 years, and it feels like yesterday and eternity all at the same time,” she wrote. “Brave and Beloved Soul, Ermias. You are missed deeply. You are loved immensely. You will forever be. I love you eternally. Your Boogie.”

Since Nipsey’s passing, Lauren has done her best to allow their son to grow up out of the spotlight. She infrequently posts on Instagram, and rarely does she show any photos of Kross. Before the 2021 birthday celebration, the only major photo was of him on his fourth birthday in 2020. “Little Prince. Son of Ermias. You Are Love. You will Soar. I am Honored to Be Your Mommy,” she captioned the photo of Kross, his first proudly raised in the air. 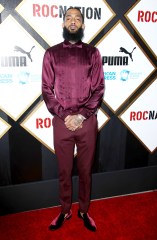 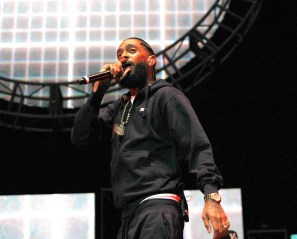 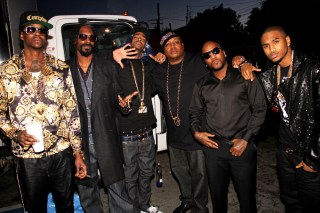 “I think when really hard things happen to people, it’s just hard to think that life will ever be sweet again,” Lauren told the Los Angeles Times in May 2021. “So that’s something that I’m learning again, is how to do that. … I lost what I would say is the love of my life. … So I had to go so deep within myself. I was so in a dark space, and it was just like, ‘What is this? Who am I? God, please show me.’ ”

“When you’re facing God face-on, you’re asking real questions, and you want real answers,” she added. “It wasn’t for play. I really wanted to know what was going on. So, I think it just has expanded because of my quest for peace.”