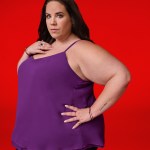 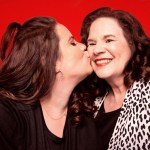 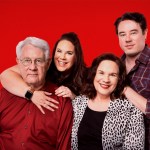 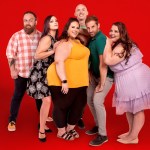 After a really tough year, My Big Fat Fabulous Life’s Whitney Way Thore has found love again. He’s a Frenchman who Whitney met while taking virtual French lessons. Her new boyfriend has been seen briefly on the show and on her Instagram page, but his face is blurred out or covered up for privacy. HollywoodLife spoke EXCLUSIVELY with Whitney who opened about her new boyfriend and keeping his identity a secret.

“I mean, it’s not really my decision, it’s his. He is just more of a private person,” Whitney explained. “It’s kind of funny seeing a lot of comments from people saying like, ‘Oh, he shouldn’t be embarrassed to be seen with you,’ and that kind of stuff. I think it’s important to make the distinction. The pictures that I posted… there are hundreds of tourists around. He’s not embarrassed to be in public with me. There’s a difference between being in public with somebody and living your normal life with someone, versus going on someone’s Instagram or going on global TV where millions of people are going to be watching. That’s two completely different things, and I think that we’ve just gotten so used to the internet that we forget that that’s not what everybody wants to do. You know, 10 years ago this wasn’t even possible. The internet, at least. I was with him in person. I think I have a pretty good grasp of who he is, and I certainly do not feel that he’s embarrassed to be seen with me. He would say he’s the normal one, and I’m the weird one. It’s definitely tricky to navigate that in terms of a reality TV show. I don’t know that I’ve ever seen a TV show with somebody on there that’s blurred, but I guess we’re just pioneers in that way. If we were getting married, it may be different because he might just resign himself to like, well, this is just my life. It’s really not that weird to me. I see all the downsides of being a public person, so it’s not strange to me at all that somebody would not want to be.”

Whitney recently spent about 6 weeks in France with her new boyfriend. While she wouldn’t reveal too much about where their relationship is at today, she did say there were “tons of ups and downs” even before she got to France.

“It was a roller coaster, and when I did get to France, it was a lot of pressure to put on two people,” she revealed. “I think to kind of have a lot of intimacy… I don’t want to say it’s false intimacy, but when you’ve not met in person, it’s just not in my opinion anyway, it’s just not 100% real until you are around each other in person. So it was I’d say a lot of pressure, a little scary, but I’m glad that I did it. I definitely would have regretted it had I not.”

This new relationship is Whitney’s first since her heartbreaking split from Chase Severino. Whitney and Chase got engaged in Paris in 2019. They broke off their engagement in May 2020 after Whitney learned Chase had gotten another woman pregnant. The last season of My Big Fat Fabulous Life chronicled Whitney’s heartbreak over what happened. Now, Whitney feels like she’s completely healed from that heartbreak.

“I’m really sure about that because I have a new love interest now,” she told HollywoodLife. “I remember this time last year I thought, ‘Literally for the rest of my life, I’ll never date again. I’ll never look at another man.’ And I was able to do that, so I feel really proud of myself for that actually because I was able to bounce back and trust again. I think it’s a brave thing to do after you go through something that’s dramatic.” My Big Fat Fabulous Life airs Tuesdays at 9 p.m. on TLC.