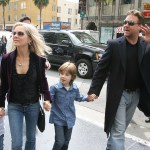 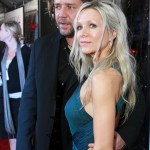 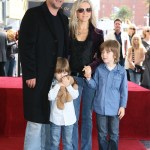 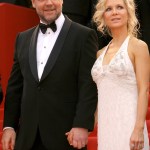 Actor Russell Crowe gave a few sweet kisses to girlfriend Britney Theriot, who is almost three decades his junior, after a competitive tennis match in Australia.

Russell Crowe, 57, and his girlfriend Britney Theriot, 30, packed on some major PDA following a friendly tennis match on July 31 in Sydney, Australia. In photos that can be seen HERE, the Oscar winner enjoyed a romantic makeout session with his actress-turned-real estate agent girlfriend as the two decompressed from their tennis game. The lovebirds were super sweaty during their PDA moment, indicating that they really went hard out on the court.

Russell couldn’t keep his hands to himself as he and Britney lovingly embraced after the match. The Gladiator star, who was dressed in a black T-shirt, shorts and sneakers, placed his hands on Britney’s butt and back as he gave her a sweet kiss on the cheek. Britney, who dressed in similar black sports gear for the outing, rested comfortably on her man as they shared a sweet moment together.

This isn’t the first time Russell and Britney heated up the tennis courts. In March, the happy couple were spotted playing a game of doubles with friends in Sydney, and like their July 31 outing, they each dressed in casual athletic clothing. Their match — which didn’t include a post-game makeout session, at least as far as we know — was witnessed by a few A-list stars sitting in the stands, including Chris Hemsworth and Elsa Pataky, Natalie Portman and Jeff Goldblum. 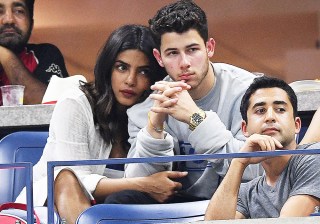 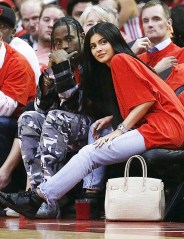 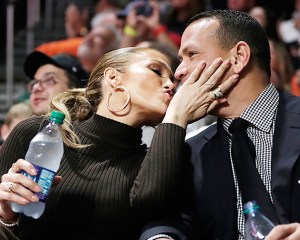 Russell and Britney first sparked romance rumors back in November 2020. At the time, they were spotted kissing at a Sydney tennis court, because where else! Russell is believed to have met his stunning beauty on the set of his movie Broken City way back in 2013. They’ve been seen packing on the PDA on numerous occasions since, but have yet to officially confirm their romance.

Russell’s latest romance caught the attention of fans, who pointed out just how much Britney looks like Danielle Spencer, the actor’s ex-wife. Russell and Danielle, 52, were married from 2003 until their separation in 2012, and finalized their divorce six years later. The exes share sons Charles, 17, and Tennyson, 15, and have remained on good terms over the years.