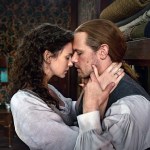 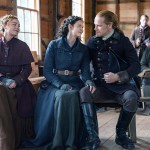 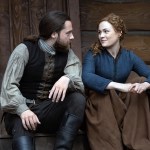 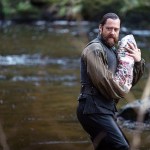 We have an ‘Outlander’ baby! Caitriona Balfe announced that she and her husband, Tony McGill, have welcomed a baby boy. Caitriona revealed the exciting news along with the first photo of her little one.

Caitriona Balfe is now a mom! The Outlander star, 41, revealed on August 18 that she’s given birth to a baby boy after keeping her pregnancy a secret. Caitriona made the announcement on Instagram with a photo of her baby boy’s hand after a “social media break.”

“I’ve been off socials for a while as I was taking some time to enjoy cooking up this little human …. We are so grateful for this little soul ….that he chose us as his parents. I’m in awe of him already and can’t help stare and wonder at all the possibilities of who he will become, where he will go and what he’ll do on the big adventure of his life,” Caitriona’s message read.

She also added, “Right now he seems so small and fragile and I constantly think how grateful I am that I live in a place, in a time where he is born into peace and safety and yet at the same time I see so many in the world right now that aren’t afforded that same privilege and opportunity … who are born into famine or war and how unjust it is that the same safety isn’t there for all children.”

The actress, who we all know and love as Claire Fraser, did not reveal the name of her baby boy. This is the first child for Caitriona and her husband, Tony McGill. Caitriona married the Irish music producer in 2019. 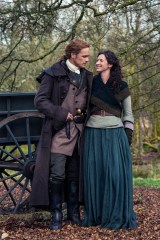 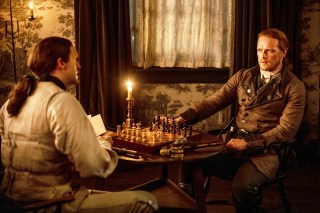 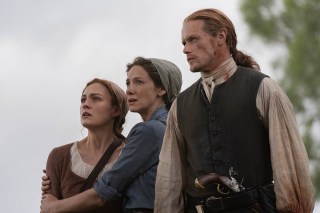 Caitriona never publicly announced her pregnancy. The actress, along with the rest of the Outlander cast, including co-star Sam Heughan, recently wrapped filming season 6 at the beginning of June. The cast and crew filmed during the COVID-19 pandemic and many precautions were taken to ensure the safety of everyone involved.

Outlander season 6 is set to premiere in early 2022 with an 8-episode season. Now that filming has been completed, Caitriona can enjoy this time with her baby boy!