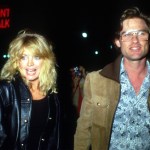 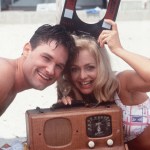 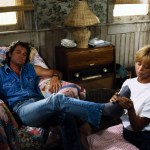 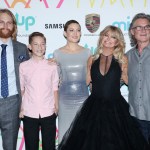 Goldie Hawn and Kurt Russell were spotted happily going on a lunch date at Brentwood Country Mart and she showed off their affectionate relationship by holding onto his arm.

Goldie Hawn, 75, and Kurt Russell, 70, showed off their sweet connection during their latest lunch outing. The actress and actor, who have been together since 1983, were photographed walking in casual clothing during a visit to Brentwood Country Mart on July 24 and at one point, she lovingly put her hand around his arm. She was wearing a black tank top, black leggings, and gray sneakers with pink shoelaces while he donned a gray graphic T-shirt, black shorts, and gray sneakers.

The blonde beauty also wore a black face mask to keep herself and others safe during the outing and carried a patterned purse while her beau added a gray baseball cap to his look. They were all smiles at some points and appeared relaxed and comfortable during the sunny afternoon.

Goldie and Kurt’s latest date comes just a couple of weeks after they made headlines for showing off PDA on a yacht in St. Tropez. The doting hunk leaned in for a kiss from his lady love as they wore cool patterned outfits that were perfect for the summer weather. They were also enjoying drinks in champagne glasses as they admired their view and looked genuinely thrilled to be spending quality time together. 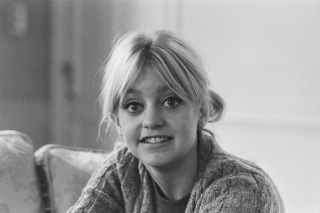 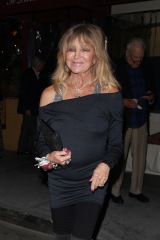 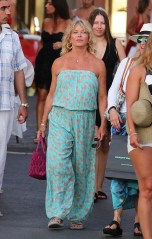 Goldie and Kurt’s relationship is one for the books. The lovebirds first met on the set of the 1968 film, The One And Only, Genuine, Original Family Band, when she was 21 and he was just 16. Since their prime ages set them apart at the time, a romance didn’t brew then, but when they later reconnected while filming 1983’s Swing Shift, the sparks between them couldn’t be ignored. They decided to try dating each other and the rest is history!