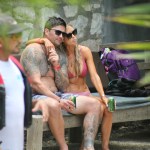 Following reports about a heated exchange with ex Tarek El Moussa on set of ‘Flip or Flop,’ Christina Haack gushed over BF Joshua Hall and called him her ‘ride or die.’

Christina Haack gushed about her “ride or die” boyfriend Joshua Hall on Instagram on Wednesday, July 21. The HGTV star, 38, also reflected on the “judgements” that surround divorcees when a marriage simply doesn’t work out the first time around in the post, which featured the star and her realtor beau in the car.

“Ride or Die,” Christina captioned the post. “Some people are lucky enough to get forever the first time but no one should be shamed for things not working out and no one knows what goes on behind closed doors – remember that before making judgements and assumptions.… and this woman / mama is still lucky enough to have this man choose me.”

Christina made the relationship Instagram official earlier this month. She shared a snapshot with her “ride or die” and revealed that the “synchronicities hit us so hard and fast they were impossible to ignore.” The HGTV star wrote, in part, “I felt immediately crazy protective over him and wanted to keep him for myself and get to know each other before the tornado (media attention) hit. We’ve had a few solid months of just us getting to know each other and I’ve loved every second of it.” 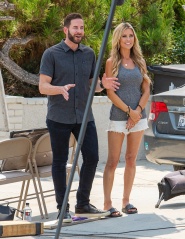 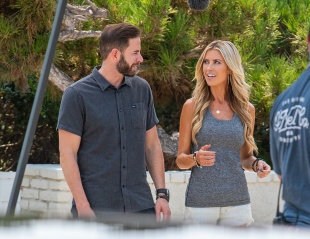 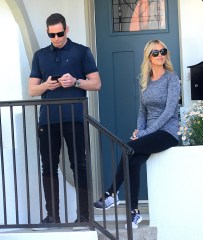 “I may be a bit crazy and I’m definitely not perfect but I will never live my life based on other peoples judgments or opinions,” she continued. “We pride ourselves on never judging others and always wanting others to be happy and we wish others would have the same respect.” The post came about a month after her divorce from Ant Anstead had been finalized. The duo, who share son Hudson, 1, together, announced their split last November.

The HGTV star was also previously married to her Flip or Flop co-star Tarek El Moussa; they split in 2018 after nine years together, but still star in the renovation series together. The two share children Taylor, 10, and Brayden, 5, together. Christina’s IG post with her new boyfriend comes after TMZ reported on Tuesday that Tarek lashed out at his ex-wife on set of their HGTV series last week.

The outlet reported that Tarek compared his ex to his fiancée Heather Rae Young, proclaiming that he “made” Christina and called her a “washed up loser.” The heated exchange reportedly caused a halt in production for the day. The validity of the report is unclear at the moment, but HollywoodLife has reached out to Christina and Tarek representatives for comment multiple times, and has yet to receive a response.