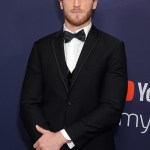 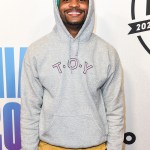 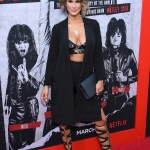 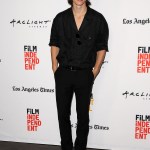 Rod has racked up almost a million followers on TikTok with his relatable content. He spoke to HL about how creating has helped his mental health.

Social media can be a difficult place for those struggling with their mental health. At the same time, if used properly, it can be very beneficial, resourceful and uplifting. For Rod Thill, otherwise known as simply @rod on TikTok, his soar to Internet fame has been “therapeutic.” “It’s been kind of healing… because I do a lot with nostalgia and obviously, the nostalgia is a throwback to jr. high and high school. That was when I was bullied at my highest, so I escaped to music or pop culture and stuff because I was trying to escape my own life,” Rod explained in an EXCLUSIVE interview with HL. “So now it’s kind of fun that I can really dig into those moments. It’s been therapeutic, because it’s a different light.”

Rod has amassed almost 1 million followers on TikTok and half a million on Instagram after his relatable AF clip mocking the bore of Zooms went viral. Now, he has become part of the genre known as Corporate Millennial TikTok and his posts capture the stress and anxiety a seemingly normal workday can bring, as well as epic throwback song and pop culture moments reactions. “It’s just been really good for mental health to not only to talk about this kind of stuff, but to feel seen with it as well,” he said. “And, for others to feel seen has been really rewarding. Like when I post a random anxiety that I’m like, no one else has this, but I’m gonna post it anyway, and then people are like, ‘This is me.'”

Part 2. This is what was left on my MySpace I think #millennial #nostalgia #throwback

The creator also dished that he’s extending his creativity from the TikTok space and into some comedy writing, as well as a merch line! “I don’t want to just do a drop, I want it to be my own and I want it to be ethically sourced. So, I want to find the manufacturer myself and make sure that it’s ethical, but that’s that’s a long term,” Rod teased. “Short term, getting into some writing. So, I’m hoping to work on some comedy writing, which is not something I could have said eight months ago. Eight months ago, I didn’t think I was creative… now I’m writing and I’m exploring that.”

#ad As we get ready to go back to normal, @alexa99 is helping prepare for IRL conversations. I just say, “Alexa, help me small talk” @amazon #AskAlexa

Rod spoke to HL in partnership with Amazon to share tips on ways he’s preparing to get back out there and avoid social awkwardness with the help of Alexa. Amazon is launching a new feature on Alexa devices — just say “Alexa, Help Me Small Talk” and Alexa will share conversation tips, created by small talk expert, Akash Karia!  You can find a sampling of tips available on Alexa devices and more HERE.