Mary J. Blige, 50, reminded everyone exactly why she’s considered the “Queen of Hip Hop Soul” on Wednesday June 23, when she showed up to the premiere of her Amazon Prime documentary, Mary J. Blige’s My Life, wearing a decadent silver fringe dress on the red carpet.

The Alexandre Vauthier Haute Couture gown was a blinding shade of silver with two slits that reached Mary’s waist and showed off her long toned legs. The silver-fringes were absolutely stunning and surely turned heads all over the red carpet at the premiere. The “Real Love” singer also wore a gigantic diamond ring and sparkling earrings with bracelets to match.

Mary also posted a picture from the event on her Instagram, saying, “Look at me” in the caption. Although with a dress that dazzling, we can almost guarantee that everyone was already looking at her.

A gown like that is perfect for a celebration, like her documentary’s premiere. Mary J. Blige’s My Life hits Amazon Prime on Friday June 25. The film looks back on her monumental 1994 album My Life, and the ups and downs that came with it. The documentary features a performance from the singer, and it also discusses the album’s impact. “I didn’t know that so many people felt the same way,” Mary says at one point in the trailer. The singer and music mogul Sean “Diddy” Combs served as executive producers on the film, and Oscar-winner Vanessa Roth directed. 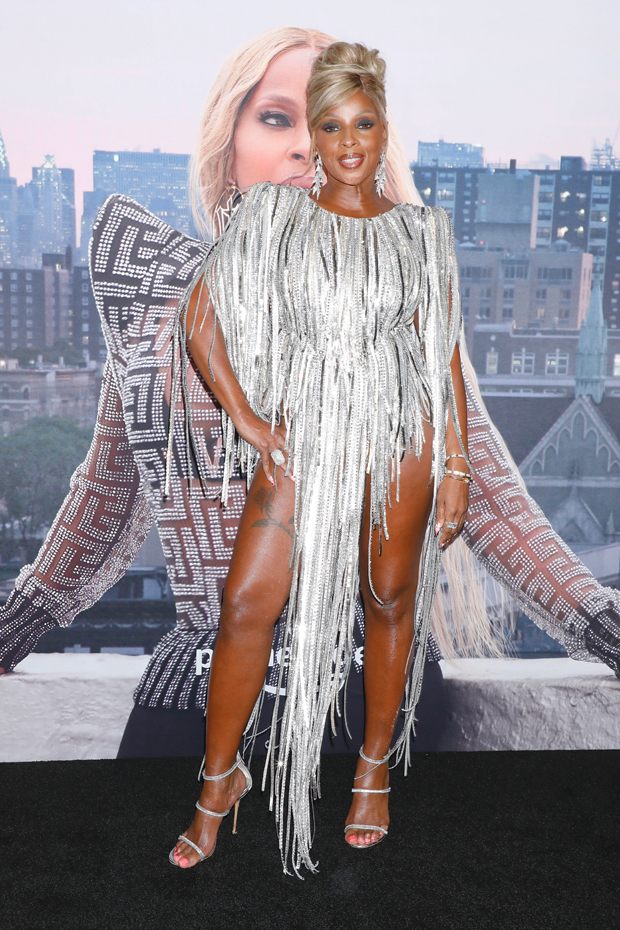 Back in November 2020, Mary was one of many stars who attended her co-executive producer Diddy’s 51st birthday. The party was in Turks and Caicos, and rapper Nas, another one of Diddy’s famous friends was also there. The three stars were seen dancing and having a great time celebrating the record executive.

Related: Mary J. Blige’s Husband: All About Her Past Marriage To Kendu Isaacs & Other Romances

The My Life documentary isn’t Mary’s only major movie appearance this year either. She’s also set to appear as “Queen of the Blues” singer Dinah Washington in the Aretha Franklin biopic Respect. The flick stars Jennifer Hudson as Aretha, Forest Whitaker as Aretha’s dad C.L. Franklin, Marlon Wayans as Aretha’s ex-husband, and many more.