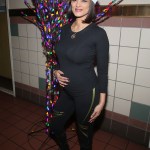 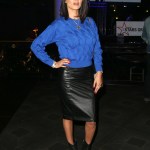 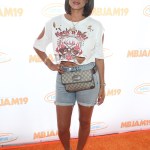 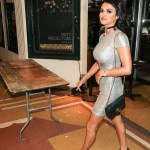 Shahs of Sunset star Golnesa ‘GG’ Gharachedaghi, 39, has lost zero sleep over the firing of former Real Housewives of Orange County star Kelly Dodd, 45. “I was excited,” Golnesa told HollywoodLife EXCLUSIVELY during an episode of TVTalk on Instagram Live on June 21 while discussing the season 9 of her show. “I think this woman [had] a lot of negative things attached to her on the show and off the show.”

After it was confirmed on June 16 that Kelly would not be returning to RHOC for Season 16, Golnesa reacted to that news, as well as the return of fan-favorite cast member Heather Dubrow, 52, and her comment infuriated Kelly. “I commented, I’m so happy Heather’s back and I also commented I’m so happy KD is leaving,” Golnesa said. “I think she decided that that was her, ‘I’m going to leave with a big bang,’ and she personally went to the press and decided to give a story to that.”

The beef ignited between these two when Kelly said she didn’t know who Golnesa was. She then mispronounced Golnesa’s name as, “Ghoul girl is, goulash, or whatever her name is,” in a since deleted video. Golnesa then clapped back at Kelly and accused her of disrespecting her culture while asking if she needed clarification and noting that she’s practically deaf. But when reached for comment by Page Six, Kelly took her dig a bit further at Golnesa’s disability by saying, “Nice of her to confirm she’s both deaf AND dumb.”

The single mom to son Elijah, 1, felt the dig at her hearing problems, something she deals with while filming the show, was too below the belt. “It was more than hurting my feelings,” Golnesa added. “It took many years for me to ever talk about my hearing even on my show. I have amazing producers that really have become family and really motivated me to realizing how much of a difference I can make in someone’s life if I do talk about these things. If you have ever worked with me anywhere, you know that I can’t take phone calls. I have to do video calls because I can only read lips. I can only text. People yell at me and get frustrated like, “Can’t you hear?” and I’m like, “No, I can’t!”

The OG Shah hopes to put this all behind her while keeping the drama on the small screen only. “I have 2 invisible diseases — One is my Rheumatoid Arthritis and my hearing,” the host of Genuinely GG podcast said. “They see this little cute face and the attitude and all that and they don’t realize there’s a whole different world. Just call me a bitch. You can say you got mad that I said I’m happy you’re leaving or you got fired.” Just call me a bitch. I don’t know your show. That’s fine. But don’t disrespect the millions of people who are suffering from being death or lack of hearing. It’s not OK.”

Shahs of Sunset airs Sunday nights at 8pm on Bravo.