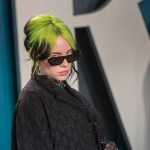 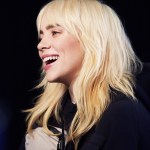 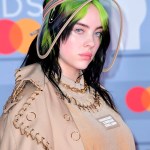 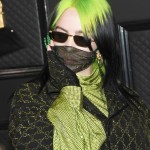 Kim Kardashian is showing love to Billie Eilish after the singer rocked SKIMS throughout her ‘Lost Cause’ music video. See their IG exchange!

We love queens recognizing queens! Kim Kardashian shouted out international pop sensation Billie Eilish after she rocked SKIMS throughout her new music video for “Lost Cause.” “@billieeilish Lost Cause music video. I spy Skims,” Kim K. wrote in an IG story with a screenshot of the music video, which showed Billie and her crew all rocking the shapewear brand. Billie reposted to her own Instagram story, adding several heart-eye emojis.

In the already-viral video, the “Bad Guy” singer wore the brand’s beloved Boyfriend T-shirt — an oversized, ultra-soft T-shirt, in the color Ochre. She paired it with biker shorts and crew socks in the same shade, gold jewelry, and a brown flat brim hat with the letter “B” embroidered on the front. The look differs greatly from Billie’s typical oversized style, making it clear we’re entering a new era of the 19-year-old’s career. Her fellow dancers also rocked Kim’s shapewear brand, wearing the Stretch Rib High Neck Bra and matching Stretch Rib Short in the color Soot. They also stunned in the brand NIA, rocking the Crop Terry Cloth Button-Up Shirt and Mid-Length Sweater Short, which looked cute and comfy!

Fans were quick to react to the SKIMS apparel worn in the “Lost Cause” music video, and some had mixed reviews! “Not Billie Eilish repping SKIMS in her new video. OMG! the kids do be alright!” a Twitter user gushed. Another offered up the most amazing campaign idea that we are totally in favor of, writing, “If ever Kim Kardashian [were to] ask Billie Eilish, Ariana, Demi and Miley for the next SKIMS campaign, that would be hella iconic and a very anticipated collection.” However, a few people weren’t so keen on the brand’s feature. “Sis, why is the video just an ad for skims? The song is so sick but the video just feels like and advert,” someone mentioned.

Ahead of the release of the new song and subsequent music video, Billie hyped up the release on Instagram, calling it one of her “favorites.” “”Lost Cause” SONG AND VIDEO OUT TOMORROWWWWW 9AM PT THIS IS ONE OF MY FAVORITES AHHHHHHHH I CANT WAIT FOR YOU TO SEEE!” she wrote, along with a short behind-the-scenes video.