Channing Tatum was serving major Magic Mike vibes when he took to Instagram on May 25 to share a nude selfie in his makeup trailer. The 41-year-old actor posted the mirror selfie, which was taken on the set of his upcoming film, Lost City of D, to his IG story along with a funny caption. “You know when you in the make-up trailer a**hole naked holding a towel over your junk you about to do some s**t on set that you gonna have to prepare ya mama for before she see the movie,” he hilariously wrote alongside the pic, adding, “And yes I’m flexing so hard I got a cramp.”

In the snap, the Step Up alum was seen showing off his ripped abs and chest, strategically placing a monkey emoji over certain areas. Channing is set to star in the new rom-com alongside, Sandra Bullock, who is also producing the film. The A-lister plays a reclusive romance novelist who gets stuck on a book tour with her cover model, played a Channing. The movie, which also includes appearances from the likes of Brad Pitt and Daniel Radcliffe, features a kidnapping attempt which leads to a jungle adventure. Certainly sounds like quite a wild ride!

When he isn’t acting, Channing is being a true girl dad to his adorable daughter Everly. The dancer, who wrote the children’s book, The One and Only Sparkle, in honor of his seven year old, took to Instagram on April 16 to share a pic of the makeover his mini-me gave him. “When you let your daughter do your make-up blindfolded…. #sparkella,” he captioned a selfie on his IG story, which showed him rocking grey eyeshadow, pink blush and rosy lipstick, along with painted red nails. What a makeover! 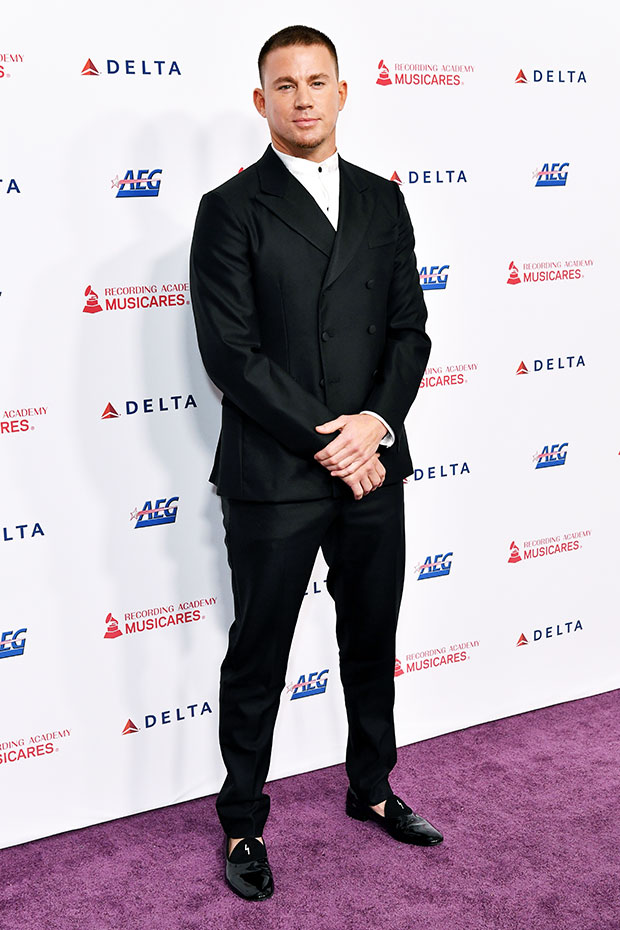 He previously got dressed up in August 2020 when promoting the book. He rocked an apron, fairy wings and a princess eye mask as he opened up about the sweet book, dedicated to the daughter he shares with ex-wife Jenna Dewan. “Guys, I don’t know about you but things got a little weird for me in quarantine,” he hilariously captioned the post. “I ended up accidentally locking myself in my 7 year old daughter’s room. And I ended up finding my inner child. So this is what I created for my little girl. From what is, I guess, the little girl in me. Thanks for reading.”