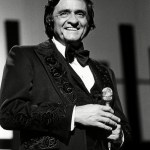 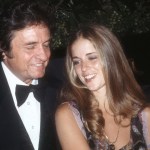 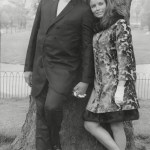 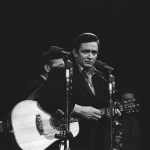 Rosanne Cash became tearful after learning that her mom, Vivian Liberto Cash, had a Black great-great grandmother who was subjected to a life of slavery.

“It feels heartbreaking,” Rosanne Cash admitted through tears after finding out that an ancestor of her mother, Vivian Liberto Cash — the first wife of singer-songwriter Johnny Cash, who both received threats from the KKK — was enslaved. This ancestor was Vivian’s maternal great-great grandmother, a Black woman named Sarah Shields, whom Rosanne learned about for the first time ever during an episode of the PBS show Finding Your Roots that aired in Feb. 2021. At the time, only Vivian’s European background had been known, and this discovery in her ancestry resurfaced thanks to a profile on Johnny’s first wife in The Washington Post on May 16.

Before the PBS episode, the world only knew that Vivian was reported to be of Sicilian heritage on her dad’s side, and German/Irish on her mother’s side. However, in the ’60s amid the Civil Rights Movement, Vivian had been the target of attention from white supremacists since they believed she looked Black. “My dad got into a public battle with the KKK and so I knew about that, and it was scary,” Rosanne said during the PBS special. At one point, Johnny even told the KKK in a statement that Vivian was white.

How did Rosanne go for so long without knowing this part of her family history? Well, the father of Sarah (Vivian’s great-great grandmother) was white and gave his daughter and her eight siblings freedom in 1848, according to The Washington Post. This led Sarah to marry a white man, and their children and descendants “were listed as white” during a time when the racist Jim Crow laws were enforced in the Southern U.S. “That’s likely why to this day, many of her direct descendants have no idea that they have any African American ancestry,” historian Henry Louis Gates Jr., who hosts Finding Your Roots, explained to Rosanne.

Henry’s research also led him to discover a census from 1870, which revealed that Rosanne’s great-great grandfather — a man named Lafayette Robsinson — was “mixed-race.” Upon learning this, Rosanne recalled the long-running rumors of her mother’s background and said, “So, it was, at least, a small part true.”

Johnny was a 19-year-old Air Force radio operator when he met Vivian, then 17 years old, at a skating rink in San Antonio, Texas (where she grew up) in the summer of 1951. They soon fell in love and tied the knot in 1954. In addition to Rosanne, Vivian and Johnny welcomed three other daughters: Cindy, Kathy and Tara. Vivian filed for divorce in 1967, and Johnny went on to marry singer June Carter Cash. The “You Are My Sunshine” singer passed away in 2003, and his first wife died not long after in 2005.