What version of you is reading this right now? Is it the best? The worst? Somewhere in between? What about the one who did you wrong? Would you give love a second go if, by chance, you met a better version of an ex? Such questions lie at the heart of the new song and video from alt-pop band January Jane, who ponder the nature of love, the universe, and everything in “Versions Of You.” In the cosmic new visual, premiering here on HollywoodLife, the band finds itself in a quantum quandary, a Hadron Collider of heartbreak.

“I think I want another / Another Version of You,” sings Pat Via in the chorus. “And I know what I would do / I’d go back to “nothin’ that I wouldn’t do” / When you had nothing to prove.” With an upbeat production that bursts with the energy of a supernova and sharp lyrics that capture the hope of finding the right love after being done wrong, “Versions Of You” is the perfect addition to your playlist – be it one meant to help you get over a bad relationship, or one meant to psych you up as you searching for a new one. 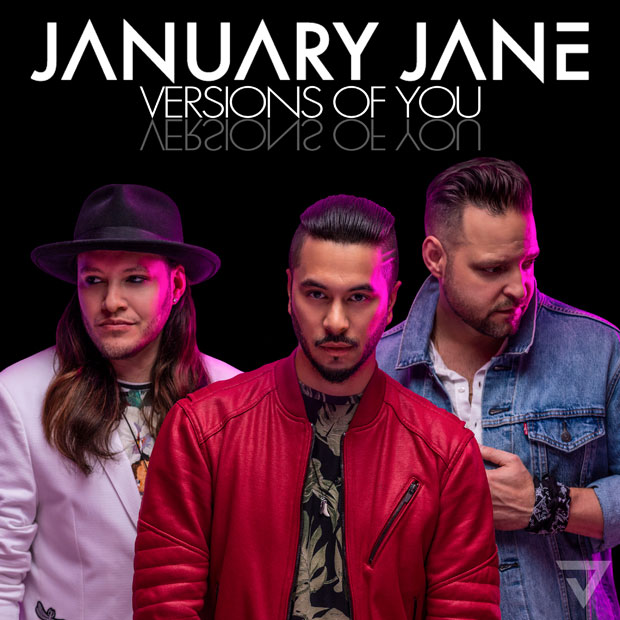 “I started writing the lyrics a while ago when I saw a woman on the train looking at photos of herself,” lead vocalist and lyricist Pat Via shares with HollywoodLfie. “The images were all different in style and clothing, and that helped spark the start of the story. She seemed sad with how they looked, and it made me think of how with so many versions of ourselves, it’s hard to find the one that makes us happy. I laid the beat and bass line in a demo in our studio, and Mitch [C. Mitchell, guitarist] came in and laid the guitar riff down. I was listening to a lot of new wave at the time, so an 808 drum machine was used. Peter added keys, and we finished the production in Brooklyn in the fall [in the midst of the pandemic], masks and all.”

“There is this insane but true premise in Quantum Physics which states that by simply watching, the observer affects the reality of what is being observed,” adds Mitch. “We are always changing and changing everything around us. So who do you want to be? Which version of yourself do you show others? That’s what the song is about.”

The video was shot at Be Electric Studios in Brooklyn, New York, according to Pat. “We worked on the treatment of the video with director Peter Roessler using elements of double exposure to create ‘versions’ of love, relationships, and the echoes left to be saved,” he adds. “The video also features the very talented Nicole Samantha. This was the first video shoot where we had to have a mobile onsite disease control center test everyone – all negatives, which was a big positive!”

Related: ‘Bridgerton’ Season 3 To Focus On Penelope & Colin’s Story: Everything We Know

“Versions Of You” arrives roughly a month ahead of Your Drug, the band’s debut EP. The project from the new additions to BMG has been described by legendary musicologist, former MTV VJ, and current KLOS DJ Matt Pinfield as a grand introduction to “the incredible talents” in the band. “The infectious grooves on these tracks display their influences and love for ’80s rock and pop while sounding undeniably modern and perfect for the ’20s,” he adds. So, prep the best version of you when Your Drug drops this summer!