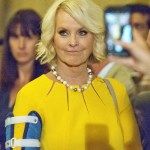 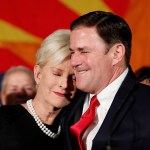 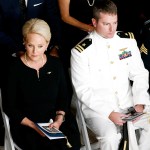 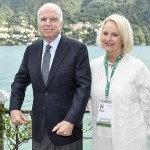 Cindy McCain, wife of the late Senator John McCain, has no tolerance for Donald Trump. The longtime Republican author and businesswoman, 66, laid into the former president and the way he transformed the Republican party into a “disgrace” with his leadership on Morning Joe. She truly believed that Trump, the twice-impeached president who consistently bashed her husband, was going to “take us down” if he wasn’t stopped in 2020.

As McCain wrote in her new memoir, Stronger: Courage, Hope, and Humor In My Life With John McCain, “My Republican roots run deep and I haven’t given up on the party. I hope it can regenerate itself and swing away from the disgrace it has become. Republicans in Arizona and elsewhere deserve better. The party fell in thrall to a snake oil salesman.”

Though the widow of a Republican senator, McCain endorsed Democrat Joe Biden in the 2020 presidential election as he ran against Trump. For the first time in decades, her home state of Arizona turned blue for her late husband’s best friend. Endorsing Biden “really wasn’t difficult,” she said on Morning Joe. She viewed Trump and his allies in the Republican party as “something that was going to take us down. So I felt that I could either sit at home and yell at the television set all day, or I could get up and do something.”

In Stronger, McCain wrote that she’s once more “proud of our president,” an honorable man such as Biden. McCain said that Trump’s personal attacks on her husband were “just a small part of our lives,” but it certainly didn’t help his cause. On the campaign trail in 2015, Trump insulted her husband, a Vietnam War POW, by saying that he “liked people who don’t get captured.” More recently, he called McCain and other dead soldiers “losers.”