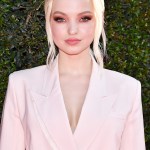 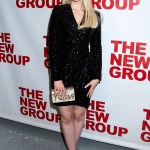 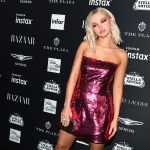 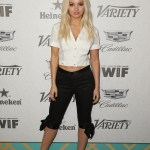 Yana Perrault, Chloe Bennet and Dove Cameron could be seen rocking their superhero costumes in these first photos from the set of the live-action ‘Powerpuff Girls’ series.

For the first time ever, fans got to see Chloe Bennet, Dove Cameron and Yana Perrault transformed into their superhero alter-egos: Blossom, Bubbles and Buttercup. The first photos of the trio filming The CW’s live-action series adaptation of Powerpuff Girls hit the Internet on April 7, essentially breaking it! Yana, 25 (Buttercup), Chloe, 28 (Blossom) and Dove, 25 (Bubbles) could be seen filming on the driveway of a luxurious home (much like the white mansion that the cartoon characters lived in) in Atlanta, Georgia on Wednesday.

Yana, Chloe and Dove were even rocking the Powerpuff Girls’ superhero dresses in their respective colors: green, pink and blue. Donald Faison, known for his roles in Scrubs and Clueless, was also at the set to play Professor Utonium (AKA, the Powerpuff Girls’ dad/creator).

One of the actresses, Chloe, even got to show off her Chemical X-given powers. At one point, the Agents of S.H.I.E.L.D. star was filmed taking off flying — well, with the help of a waist harness and stunt contraption —  as seen in this video obtained by TMZ.

Fans took to Twitter to share their excitement over the photos. “Powerpuff Girls broke the internet today. That show is about to do real real numbers,” one fan tweeted. However, fans were divided over the costumes; one wrote, “im honestly not sure how i feel about the cw powerpuff girls outfits because it looks cute for a cosplay or smth but for the actual show?” Some fans defended the modest dresses; one wrote, “What do you expect the powerpuff girl costumes to look?? They aren’t regular superheroes who wear flashy costumes. This is literally what the powerpuff girls wear…” While fans are always tentative to embrace a reboot, E.G. Daily — who voiced Buttercup, among many other iconic cartoon characters — is looking forward to The CW’s take on the classic cartoon! “I think Powerpuff Girls is a cult classic cartoon, and it was such a blast to do that show,” E.G. EXCLUSIVELY told HollywoodLife in Nov. 2020. “So to me, it’s just an extension of more of something great that people love. They absolutely 100% have my blessing for the live-action series. They’re superheroes fighting to keep the world’s good place. What a great message.”