‘Bad Girls Club’ star Deshayla Harris was tragically killed in a Virginia Beach shooting. Here are 5 things to know about her.

Deshayla Harris has sadly died at just 28 years old. The Bad Girls Club alum was killed by a gunman in Norfolk, Virginia on March 26. Virginia Beach PD confirmed to TMZ that the reality star was one of two people who lost their lives after three separate shootings, which left eight people injured. Fans would recall Deshayla appeared in the 17th and final season of Bad Girls Club on Oxygen in 2017. Her nickname was “The Firecracker Fashionista,” and she was part of the winning “East Coast” team. Here’s 5 things to know about her.

1. She was a ‘bystander’ during the shooting.

Police said she was a bystander during the shooting, in which a stray bullet from the crossfire hit her, TMZ reports. Police do not suspect the incident, which took place near the beachfront area of Virginia Beach, was part of a mass shooting. Sadly, Deshayla passed away at the scene.

2. Deshayla posted on Instagram just hours before her death.

She took to social media mere hours before the fatal shooting, which took place around 11.30pm. “I’m only doing s**t that’s gonna make me elevate!” said captioned the post, alongside a clip of her in a graphic blue tee and bike shorts at a bar. Within hours, the comments section was full of tributes from fans, hoping that she rests in peace. 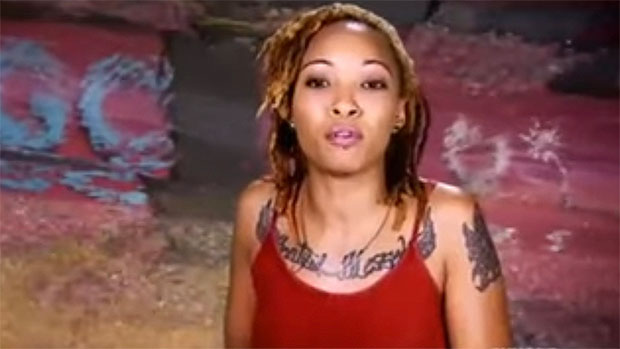 3. Her sister has paid tribute to her.

Her sister, Tashara “Shani” Harris, posted a tribute to her sis on Facebook on March 27, using her nickname, Shay. Shani wrote that she was the person who told her she loved her every day. “I didn’t get a txt from you this morning, you broke my heart Deshayla Shay Harris, why you leave us like this? My heart hurt so bad.”

Shay rose to fame on Season 17 of of the Oxygen series, which was dubbed ‘East Meets West.’ Deshayla was portrayed as a proud East Coaster — and she eventually came out on top as part of the winning team.

5. She isn’t the first Bad Girls Club alum to lose her life.

Fellow cast member Demitra ‘Mimi’ Roche sadly passed away at just 34 years old last year. “I’m at a loss for words,” record producer and founder of Volhalla Entertainment Vince Valholla tweeted on July 22. “Don’t know what to say. Mimi was kind to everyone she came across. She was big dreamer & was a part of our Valholla family. I’m heartbroken by the news of her passing. I’m thankful I got to know & work w/ her. My thoughts are with her family & loved ones,” he added.