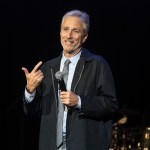 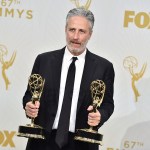 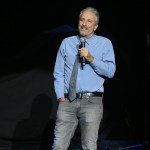 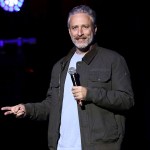 Celebrities and the U.S. Defense Secretary offered a scathing rebuke of Tucker Carlson after a sexist segment where he bashed women in the military.

Jon Stewart, Secretary of Defense Lloyd Austin and more let Tucker Carlson have it on Mar. 11, less than 24 hours after the he mocked women serving in the military by bashing their new uniforms and hairstyle requirements. Now, a group of celebs, military officials, and women in the service are calling the Fox News host a “terrible, terrible person” for his sexist comments, which caused the Pentagon’s top chief to feel “revulsion.”

Tucker, 51, went on a Mar. 10 sexist diatribe on Tucker Carlson Tonight about new uniforms created to more properly fit women in the military. “So we’ve got new hairstyles and maternity flight suits,” the 51-year-old snarked as he showed a graphic of a pregnant officer in such a suit. “Pregnant women are going to fight our wars. It’s a mockery of the U.S. military,” he growled. Pentagon spokesperson John Kirby said on Mar. 11 that he and Austin shared the same “revulsion” towards Carlson’s comments.

Tucker Carlson doesn’t think women can serve in the military. Pretty bold words from a frozen food heir who couldn’t be bothered to serve himself.

Kirby didn’t name check Carlson, but made it clear how upset he and the defense secretary were with his remarks. Kirby told reporters that there is “A lot of work to do” within the armed forces to become “more inclusive, more respectful of everyone — especially women. We pledge to do better, and we will. What we absolutely won’t do is take personnel advice from a talk show host, or the Chinese military. Maybe those folks feel like they have something to prove. That’s on them.”

Staunch military advocate and former Daily Show host Stewart, 58, responded to Carlson’s segment with a tweet where he heralded back to a 2004 TV interview where he called Tucker a “d*ck” to his face on CNN’s Crossfire. “I called Tucker Carlson a d*ck on National television. It’s high time I apologize…to d*cks. Never should have lumped you in with that terrible terrible person.”

I called Tucker Carlson a dick on National television. It’s high time I apologize…to dicks. Never should have lumped you in with that terrible terrible person.

Senator Tammy Duckworth (D-IL), who lost her legs serving in Iraq, also clapped back at Carlson’s comment. She tweeted, “F*ck Tucker Carlson. While he was practicing his two-step, America’s female warriors were hunting down Al Qaeda and proving the strength of America’s women.”

F*ck Tucker Carlson. While he was practicing his two-step, America’s female warriors were hunting down Al Qaeda and proving the strength of America’s women.

Happy belated International Women’s Day to everyone but Tucker, who even I can dance better than. pic.twitter.com/E4wchht9lA

A woman who served in the armed forces while pregnant wrote on her Twitter account One Chick’s Voice that she was “fully supported by my leaders during my enlistment.” She then shared a video from U.S. Marine Corps Master Gunnery Sergeant Scott Stalker, who is currently serving as the Command Senior Enlisted Leader of the United States Space Command. Stalker called Tucker’s show “drama TV” and added that, “His opinion, which he has a right to, is based on zero days in the armed services.” Stalker detailed his 28 years in the Marines and said that “We value women in our armed forces, and we value our families in the military.”

I'm a female veteran & damn proud of it. I became pregnant in the military & was fully supported by my leaders during my enlistment. This man makes me even more proud of our military leaders.

I agree with him – if you haven't served, then keep your mouth shut #TuckerCarlson https://t.co/Ks7g2Yye0B

Filmmaker Morgan J. Freeman called Carlson a “sexist bigot racist” for his rant against  women in the military:

Why are we even talking about Tucker Carlson. He’s fucking irrelevant. Don’t give that asshole oxygen.

Actress and activist Alyssa Milano pleaded for everyone to make Tucker “irrelevant” by not giving him the attention he clearly was looking for with such a provocative and trolling segment. But Carlson absolutely thrives on upsetting others outside the far right, so sadly he’s likely eating up all of the attention and criticism that came with people dissing his remarks.