Scott Disick, 37, whisked his new girlfriend Amelia Hamlin, 19, away to Miami for the Valentine’s Day weekend, and during the romantic getaway he made the relationship “Instagram official.” Although the sudden public display of commitment happened right after Kourtney Kardashian, 41, was photographed holding hands with her new man Travis Barker, 45, sources tell HollywoodLife EXCLUSIVELY that Scott wasn’t thinking of his ex at all.

“Scott going Instagram official with Amelia had nothing to do with Kourtney getting serious with Travis,” insisted a friend of the reality star. “It was all about Amelia and giving her the best Valentine’s Day. Social media is important to her, so putting that picture up on his Instagram story was a very big deal.”

“Scott knew it would make her super happy and that was his goal for the weekend,” explained the source. “Scott can be very romantic when he wants to be. And he’s really happy with Amelia so he wanted to make sure she had the best Valentine’s Day ever. That’s why he took her to Miami by private jet and spoiled her all weekend and going Instagram official was icing on the cake.”
During their luxurious trip the Keeping Up with the Kardashians star and Lisa Rinna‘s youngest daughter stayed at luxury hotel The Setai, a second source close to Scott tells HollywoodLife EXCLUSIVELY.  “He decided to book his stay at the Setai Hotel’s Grand Suite since it’s one of his favorite places to stay whenever he’s in South Beach because of its exclusivity and VIP treatment.”
Scott is also very familiar with the hotel — since he’s stayed there many times over the years. “It’s where he usually stays,” the source added. “He’s enjoyed family vacations there in the past with Kourt and the kids, he’s taken Sofia [Richie] there, and sometimes just heads there with his friends for a guys’ only weekend. Scott likes the time he’s been spending with Amelia and thinks she’s really cool and easygoing, which is the vibe he’s all about at this point.” 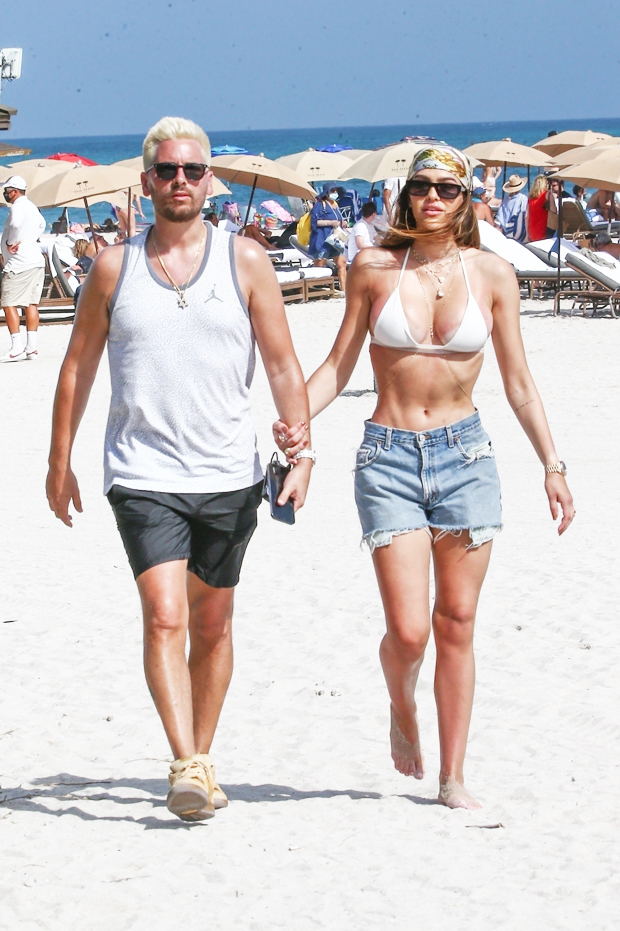 When Scott and Amelia were first spotted together it took a lot of people by surprise — including Scott, says a third source close to the entrepreneur. “Scott never realized that him and Amelia would have ever been a thing and then out of nowhere sparks flew and their relationship got better and better and Amelia and Scott just seem to thrive and vibe with each other so well that it is now to a point that they can’t imagine being without each other.”
“Quarantine has helped immensely with the relationship,” the source continued. “They are such a cohesive unit that hanging out with each other gets more fun by the moment and when they have a chance to leave the bubble of LA, it just gets better and better. It is a breath of fresh air for both of them. They can be themselves around each other and that is something that is very great for Scott‘s life.”
Related Link