Kelly Osbourne and her boyfriend Erik Bragg have become much more public with their romance since the new year began. The pair was photographed on Feb. 16 having a romantic post-Valentine’s Day dinner date at celebrity hotspot Nobu Malibu. The 36-year-old television personality has ditched her long lavender tresses and was seen in with silvery winter locks that she wore straight and just past her shoulders. She hid her 90 pound weight loss under a long black coat, as she and Erik held each other’s arms as they went in for the smooch. 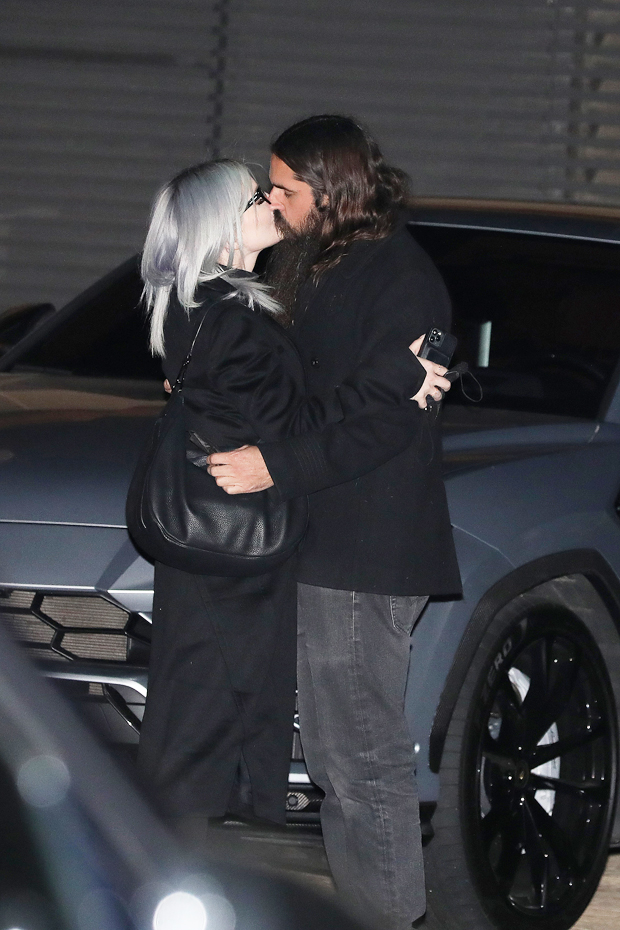 Former pro skateboarder turned director/cinematographer Erik’s long brown hair and very long beard could be seen in the photo, as well as his mustache. The 36-year-old matched Kelly with a smart black coat and black jeans. The couple wasn’t wearing masks, so their faces could be seen clearly during their lip lock.

Kelly and Erik were spotted out together four days prior, as he accompanied his girlfriend to a Burbank, CA repair shop where Kelly was checking on the status of her classic car. For that outing, both wore protective face masks, and twinned in black t-shirts. Kelly added a black motorcycle jacket and a pair of black skinny jeans, which showed off her svelte figure. She donned a pair of Chuck Taylor All-Stars on her feet, and wore her hair in a sky blue color, which she put up in high pigtails. 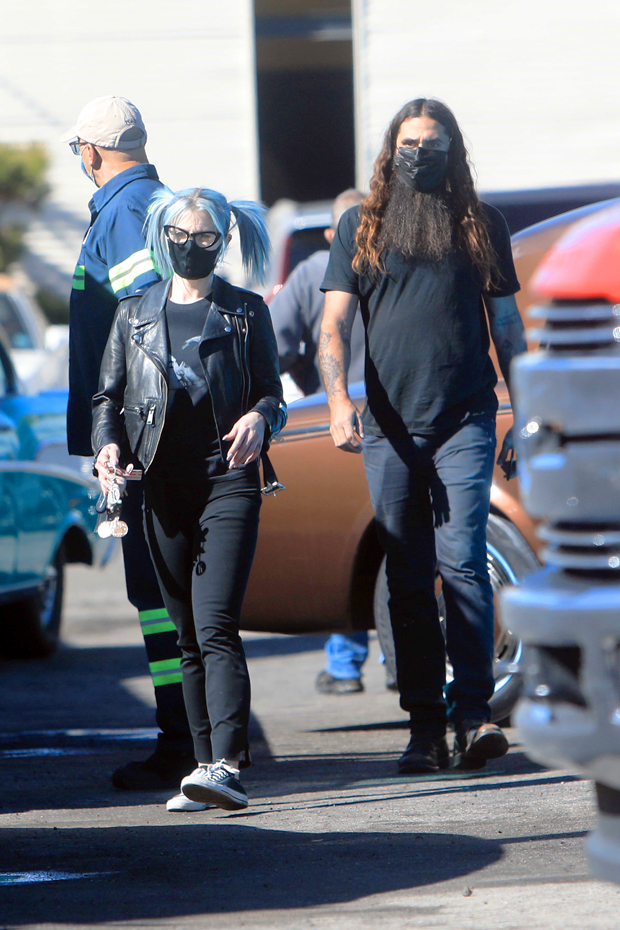 Related: Ozzy Osbourne’s Children: Meet His 6 Kids, Including The Ones Not On Reality Show

Kelly and Erik have been quietly dating since Aug. 2020. So far they haven’t shared much about their romance with fans via their respective Instagram accounts, which they each tend to focus on photos and videos of their latest projects, and not their love life. But Erik did debut a major connection when he shared this video on Feb. 14 of a NSFW Valentine’s cake that Kelly had made for him.

It showed a candy likeness of the bearded former pro skateboarder holding  a board in the air, emerging from a cake frosted and molded like a woman’s privates. “Happy Valentine’s Day you c**t,” was written in red cursive icing around the bottom. “Purple p*bes by @kellyosbourne,” Erik wrote in the caption about his girlfriend. His Valentine Kelly was quite proud of herself, humble bragging in the comments, “All I have to say is that… I am a genius!!!!!”