Kourtney Kardashian has shared a stunning new snap of herself on a tennis court — although there appeared to be very little tennis happening! The Poosh founder, 41, took to Instagram on February 4, and posted two pics while wearing a silver metallic, one-shouldered swimsuit. In the first photo, she posed with one hand on her hip, and her raven tresses slicked back into a ponytail. She also accessorized with a pair of dark shades. The second snap showed Kourt appearing to run away from the camera, while donning a pair of white tennis shoes.

The happy snaps come just one week after HollywoodLife exclusively revealed that the reality star was dating Blink 182 drummer Travis Barker. A source close to the Kardashian family told us that Kourtney and Travis were still relatively new.  “It’s still pretty new. There is a lot of chemistry between those two. They’ve hooked up a lot over the years, but right now they’re dating,” the source explained. Another insider later spoke to HL, shutting down rumors that the newfound romance developed for ulterior motives.

“Kourtney and Travis dating is not a publicity stunt or because anyone’s bored — it’s very real. These two have known one another for years, and there’s always been a lot of passion and chemistry between them,” the source explained, noting, “They just never got together, because the timing wasn’t right.” 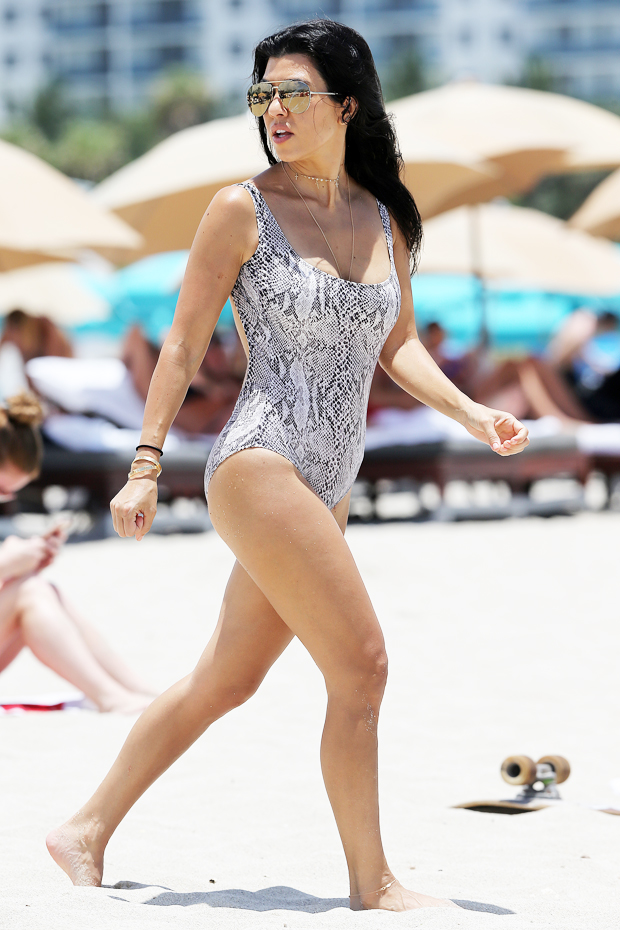 A third source also spoke to HL about how Kourt’s ex Scott Disick felt about the relationship. “Scott’s got no issues with Kourtney and Travis dating. He’s happy for her. Scott’s accepted that they’re not getting back together so he’s being very mature about this. It also helps that his kids really like Travis. That’s important to him because whoever Kourtney is with is going to be spending time with his kids, so that matters,” the insider told us. Scott and Kourtney are parents to sons Mason, 11, and Reign, six, and daughter Penelope, eight.

Related: Amy Grant’s Husband: Everything to Know About Her 2 Spouses