Salma Hayek has debuted some fresh ink on her chest ahead of the release of her new movie, Bliss. The Like a Boss actress, 54, took to Instagram on February 4 to share a snap of herself sitting in what appeared to be a makeup trailer, wearing nothing but an off-the-shoulder robe. “In the middle of a #makeup #hair and #tattoo test for Bliss,” she captioned the post, adding that the flick would be released on Amazon Prime Video. The raven-haired beauty was all smiles as she showed off the floral tattoos on her upper chest, and wore dark-rimmed glasses and black eyeshadow.

“Looks fantastic,” one fan commented, while another wrote, “Gorgeous.” Along with the upcoming indie film, which also stars Owen Wilson, Salma is set to make her Marvel Cinematic Universe debut in superhero film The Eternals. “It was empowering,” she told Variety of taking on the role of Ajax. “They told me [early in my career], ‘It’s never going to happen for you here.’ I’m also 54. So there was something really moving, not just for me, but for everything, all the different stereotypes. She’s not sexy. You know what I’m saying? She’s not sexy at all.” 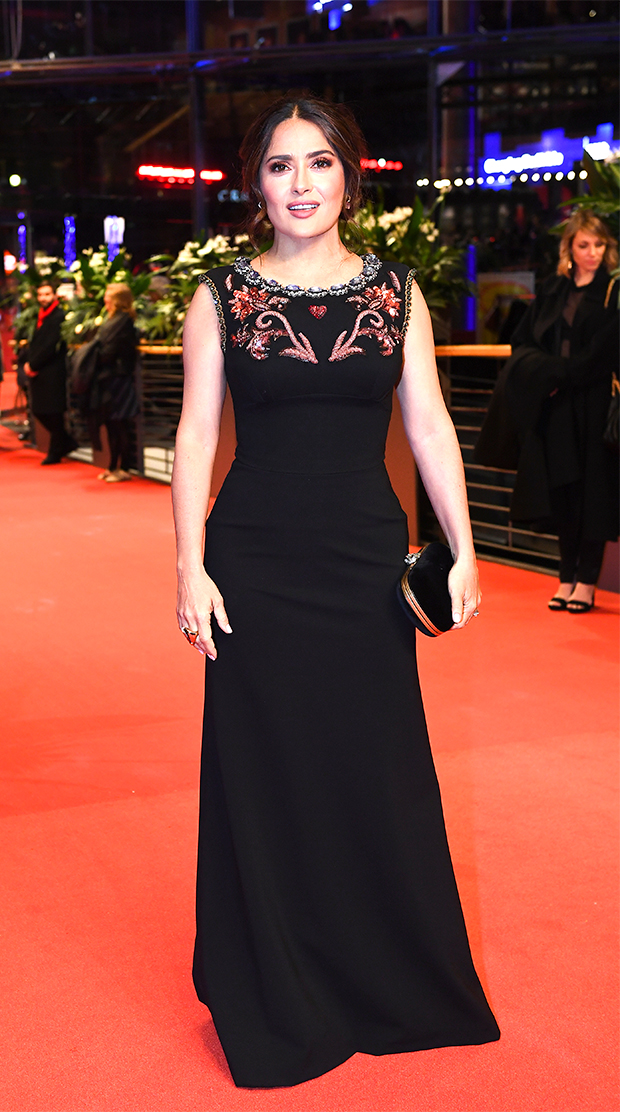 Salma added, “I’m very short. I’ve been bullied for being short my entire life. And suddenly, it doesn’t matter. You’re a superhero in the Marvel universe. It moved me.” The bikini queen opened up about the secrecy surrounding the film, which also stars A-lister Angelina Jolie, and the fact she wasn’t even allowed to read the script. “I was scared … [but] I like that [Ajax] is kind of the leader. She’s the only one that can talk to the Celestials. And I said, ‘I’ll get to be bossy on this one, too. I can play that.’ Giving instructions, telling people what to do, I can do that. Then I was afraid of the outfit. I’m claustrophobic. I was very afraid that I was going to feel like I couldn’t move.”

The Savages star said the film had “a completely different DNA” from the other Marvel movies. “It’s shot different than all the other ones. It’s in real locations and they found some crazy extraterrestrial-looking locations,” she added. “I don’t know if I’m allowed to talk about what they do with the camera, but…it’s not mostly done in post. The cinematography is incredible.”
Articles Trending Now