What do you get when you cross Goodfellas with good eating? A Bronx Tale and baked bread? Once Upon A Time in America with capicola? If you throw in a healthy dose of comedy, you’ll wind up with Jimmy John’s Super Bowl LV commercial. In the sandwich chain’s first ad for the big game, we meet Tony Bolognavich, aka the “King of Cold Cuts,” portrayed brilliantly by Brad Garrett. With a mobster’s cadence so good it would make Robert De Niro smile, Tony shares how he built his empire with “bargain bread,” “a little not-quite-meat,” and catchy jingles. However, it’s not all fancy cars and sandwich pools because Jimmy John’s has decided to muscle in on the game.

“What do you need fresh bread for, huh? You got the delicate taste palate of her royal majesty, the Queen?” asks a growingly frustrated Tony. “Big deal – you got all-natural meats, sliced by hand. I’ve got ‘turkey’ and ‘ham,’ made by science.” Cleverly scored by The Hollies’ “Long Cool Woman (In A Black Dress),” Tony engages in the stylistic mob violence that’s a little bit Martin Scorsese, a little bit Guy Ritchie, and a little bit Lilyhammer-era Steven Van Zandt – and with Jimmy John’s menu, you probably could find a sandwich that all three would like. 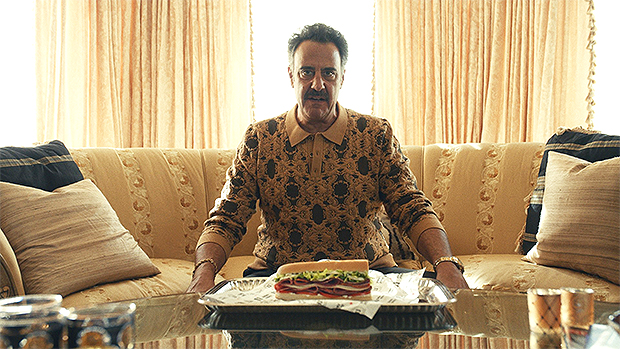 Actually, this gorgeous commercial’s real godfather is none other than Craig Gillespie, the renowned Australian filmmaker behind the critically-acclaimed I, Tonya. Craig also directed Mr. Woodcock, Lars and the Real Girl, and the upcoming crime-comedy film Cruella (with Emma Stone as the titular Cruella de Vil.) Perhaps after that, he could direct a feature-length Tony Bolognavich movie? Or, at least, a follow-up to this ad? If Colonel Sanders can get a Lifetime movie, Tony can get an HBO Max mini-series.

In addition to being the most stylish spot to air during Super Bowl LV, this commercial – helmed by Jimmy John’s AOR Anomaly – will help Jimmy John’s take the next step in establishing itself as “The Sandwich of Sandwiches.” Mostly known for its cold cuts, Jimmy John’s recently introduced chicken nationally to its menu with its Smokin’ Kickin’ Chicken sandwich. The chain will also soon unveil “its first comprehensive brand identity and logo changes since its founding.” The new campaign will also be supported by dedicated 360-degree marketing efforts across retail, social, online channels. That means you might just see Tony Bolognavich on your TL and FYP. Bada-bing, bada-boom.