In the highly-anticipated season 5 of Summer House, premiering February 4th on Bravo, it’s teased that Paige DeSorbo and Carl Radke might rekindle the flame that was never quite fully lit back in season 3. The drama-filled trailer shows Paige contemplating her feelings for Carl, and even admitting, “If I met this Carl two summers ago, it would’ve been a totally different story.” Now, fresh-on-the-market, Paige spoke to HollywoodLife.com in an EXCLUSIVE interview ahead of the show’s premiere about her possible budding romance with Carl.

“Carl and I definitely have a relationship this summer that evolves and I’m very excited to watch it, because I loved living it,” she gushed. “I don’t want to give too much away. But we definitely have such a special bond that I think we formed the first time we ever met, and it kind of just never really went away. We’re both we’re entering such different phases of our lives we previously just weren’t our normal personalities, so it’s interesting to watch how our friendship evolves, how we evolve individually, and how it really made us so much closer.” 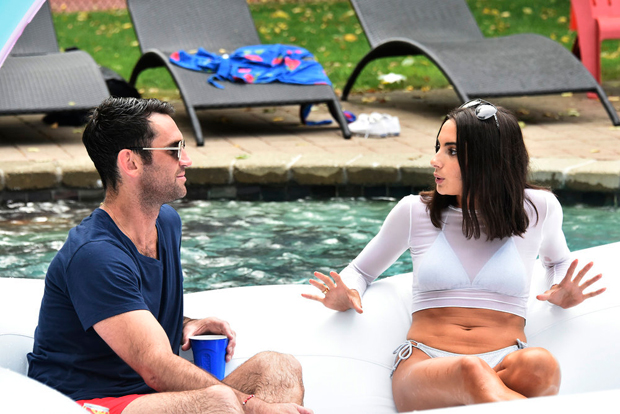 “I think we do have a great chemistry, there’s no doubt about that,” Carl added in a separate EXCLUSIVE interview. “You know, when I first met Paige, I make the joke that her parents were paying her rent. Now she’s in a really different place and she’s doing really well and I’ve always been supportive of her taking her career and her independence, front and center. So we bonded over that. She’s a gorgeous girl, and super cool, but you’ll have to see how our little chemistry weaves itself into something a little bit bigger.”

Lindsay Hubbard, who was also on the interview with Carl, quipped that she was “excited to see” that relationship play out on the show, as well. “We are not privy to every single thing that happens around the house. So you would would like walk past the kitchen or walk past the pool and see people having a conversation, but you didn’t really know what it was about until we watch the show,” she explained.