Teen Mom 2 star Jade Cline has given fans a look at her surgery results. The MTV star had Brazilian butt lift surgery in Miami at the beginning of 2021, and took to Instagram to reveal her new curves, telling fans she had a lot of “bruising and swelling.” She wrote, “10 days post op. Still have a lot of bruising and swelling. I have a lot of healing to do but I’m loving how I’m looking so far! #BBLrecovery.” The 32-year-old also opened up in a separate post, saying she was “super happy” with the result, and talked at length on her podcast Jay & Kay Unfiltered about her decision to go under the knife.

“I saw so many people I knew that were having BBLs, and I was so impressed and astonished at the shapes of their bodies,” the mom-of-one, who shares 3-year-old daughter Kloie, with her ex Sean Austin, explained. “It was a lot of pain. The journey had a lot of unexpected turns. Some crazy stuff happened.” Fans of the show will be happy to know that Jade confirmed, “MTV documented all of it, so you guys will see the journey.” 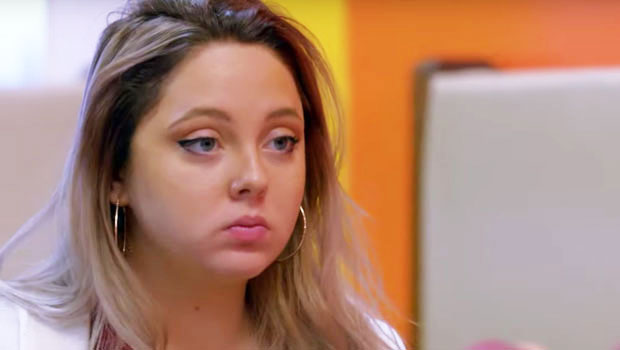 Jade also hosted an Instagram Q&A, telling one fan it was the, “most painful thing I’ve done in my life.” She added, it was 10 times worse than child birth … I didn’t realize how hard recovering was going to be. I feel silly now because I honestly though it was gonna be so much easier.” Just a few months prior, Jade spoke to HollywoodLife exclusively about filming the Teen Mom reunion episode, and revealed what pushed her to her “breaking point”. She explained, “I feel like I probably had enough after filming the reunion. Because of COVID and everything, the first episode of the season started filming almost right after wrapping up the reunion of last year and the reunion was just super, super annoying, like it was just really annoying,” she explained.