Gigi Hadid is “working 9 to 5” again, just four months after welcoming a baby girl named Khai. The supermodel took to Instagram on January 28 to share two new selfies, in which she rocked an oversized white tee and exposed her midsection. The pics, which were taken from an upward angle, also showed her wearing white pants while her bronde tresses were styled in loose, messy waves. On her IG story, Gigi also posted a short video of herself tousling her hair, as she revealed she was back on set for the “first Maybelline day of the year”.

Fans quickly jumped into the comments section of Gigi’s snap with compliments for the new mom. “You look amazing,” one wrote, while another follower commented, “BEST MAMA.” It comes just a few days after the Victoria’s Secret model subtly revealed her baby girl’s name: Khai. Gigi changed her Instagram bio on Thursday, Jan. 21 to read “Khai’s mom,” which came amid speculation that her boyfriend Zayn Malik‘s new Arabic tattoo translates to the name “Khai.”

As fans of the couple would know, the announcement comes four months after the proud parents first revealed they had welcomed their daughter into the world. The former One Direction hitmaker was the first to break the news on September 23, sharing a black and white image of the newborn clutching onto his finger.  “Our baby girl is here, healthy & beautiful…to try put into words how i am feeling right now would be an impossible task. The love i feel for this tiny human is beyond my understanding. Grateful to know her, proud to call her mine, & thankful for the life we will have together x,” he gushed. 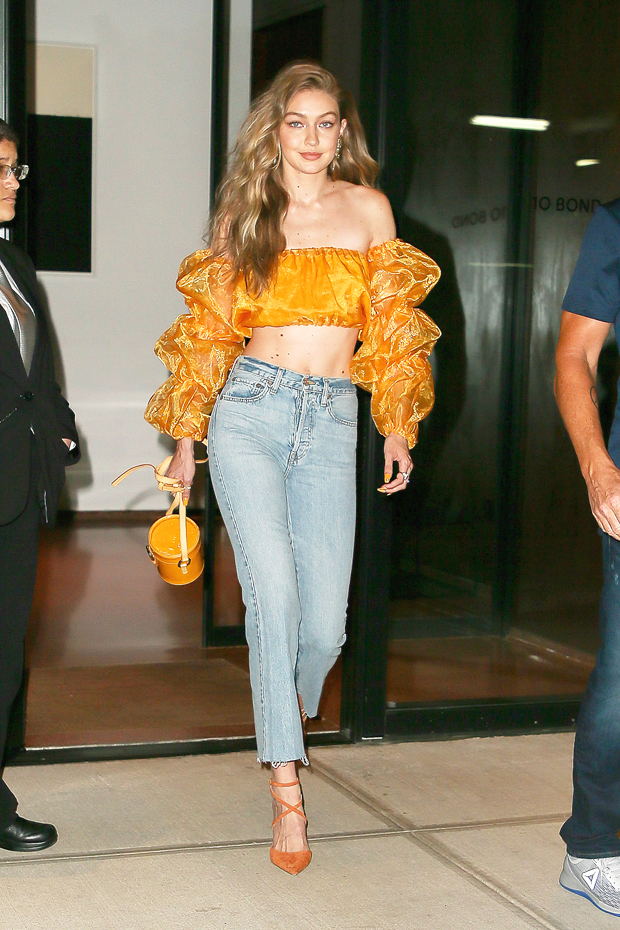 In the months since, Gigi and Zayn have remained fairly tight-lipped about their little girl, however the supermodel has been spotted out-and-about in New York City, taking baby Khai for walks in their Soho neighborhood. She even took the bub outside during a massive snowstorm in late 2020, dubbing it her daughter’s “first snow”. So sweet!