In a Nov. 22 Instagram post, Gigi Hadid ‘s fans were so excited to get the first slight glimpse of the supermodel’s little girl that they completely overlooked the fact that the supermodel low-key also shared her name! The 25-year-old posted a photo holding her daughter and  showing the back of her baby’s head, where she revealed that her little one has sandy blonde hair. In accompanying photos showing off her newly put up Christmas decorations, there was a present under the tree with the name “Khai” written on it.

We re really blind pic.twitter.com/6X82549NuN

Gigi didn’t officially reveal her daughter’s name until Jan. 21, when she added “Khai’s mom” in her Instagram profile. But in one of the IG photos she shared showing off her holiday decor, the name “Khai” could faintly be seen atop one of the wrapped presents under her tree.

The supermodel put her decorations up prior to Thanksgiving, and explained that because her daughter was so amazing, she got to have an extra-long first Christmas season. “A whole new kind of busy & tired but she’s da bestie so she got Christmas decorations early,” Gigi wrote in the caption. Fans began re-examining the stunner’s old photos after Khai’s name was revealed, and that’s when several made the discovery that the baby’s name was right there since November. “We’re really blind,” one Twitter user joke while sharing the photo. 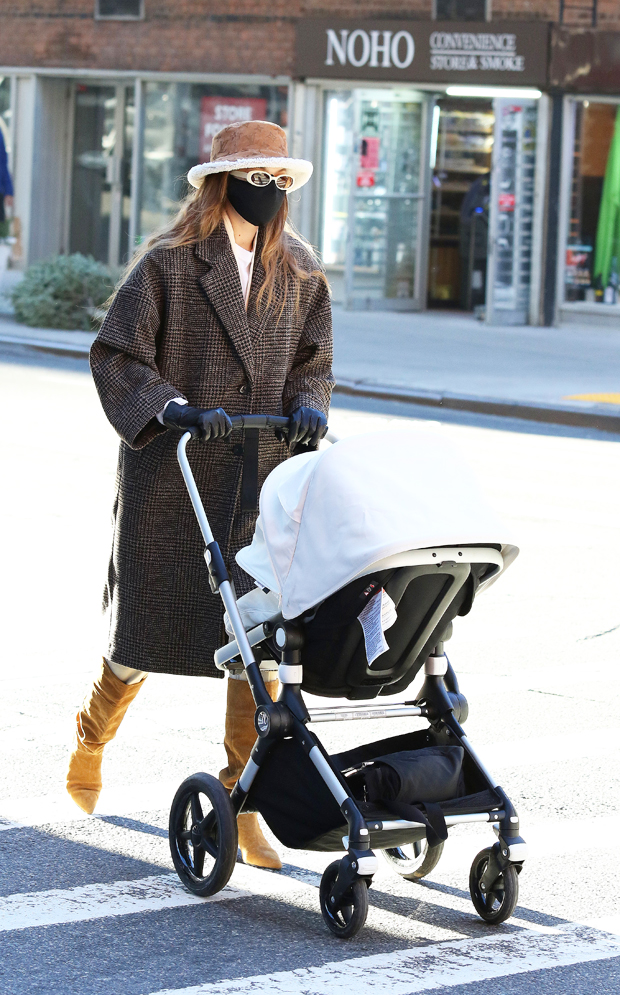 Once Gigi revealed Khai’s name, other fans noticed that daddy Zayn Malik, 28, had her name tattooed in Arabic on his hand. Zayn’s got a lot of ink, so the new red body art had gone undetected. Khai in Arabic translates into “Crowned” or “Royalty,” so with a gorgeous supermodel and a handsome pop singer as her parents, Khai is definitely royalty already in the celebrity world, even though she’s only four months old.

It seems like only a matter of time now before Gigi finally reveals her daughter’s face. Neither she nor Zayn have shared what their presumably beautiful daughter looks like, but the model seems to be inching closer to finally sharing her with the world. Initially the couple shared a photo of the infant’s hand holding onto Zayn’s finger for the birth announcement. But proud mama Gigi has been sharing the back and sides of her head, as she is absolutely in love with being a mom. At some point, she’s going to be so filled with emotion over her precious baby that she’ll want the world to finally see her precious face.